Biden, after talks with Scholz, promises Nord Stream 2 would not operate if Russia attacks on Ukraine - ednews.net

Biden, after talks with Scholz, promises Nord Stream 2 would not operate if Russia attacks on Ukraine 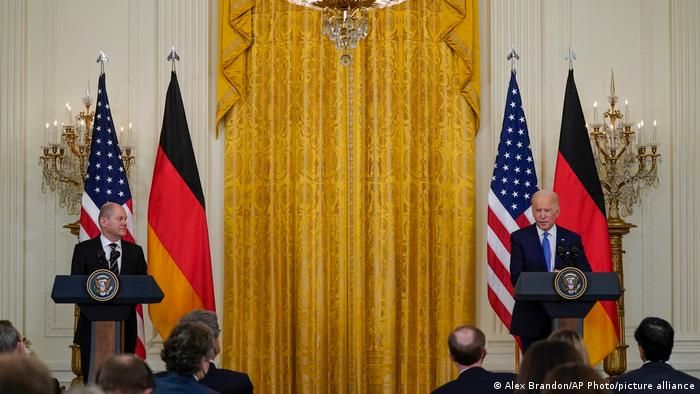 U.S. President Joe Biden, following talks with German Chancellor Olaf Scholz, promised the Nord Stream 2 gas pipeline would not operate if Russia invaded Ukraine.
"If Russia invades, that means tanks or troops crossing the border of Ukraine again, then there will be no longer Nord Stream 2. We will bring an end to it," he said, answering a question during a press conference.
"I promise we will be able to do it," he said, answering the question of exactly how Washington intends to implement this promise.
In turn, Scholz did not say this directly.
When asked whether Germany should reconsider its position on Nord Stream 2 in the current situation, Scholz said as far as sanctions are concerned, Germany will act in concert.