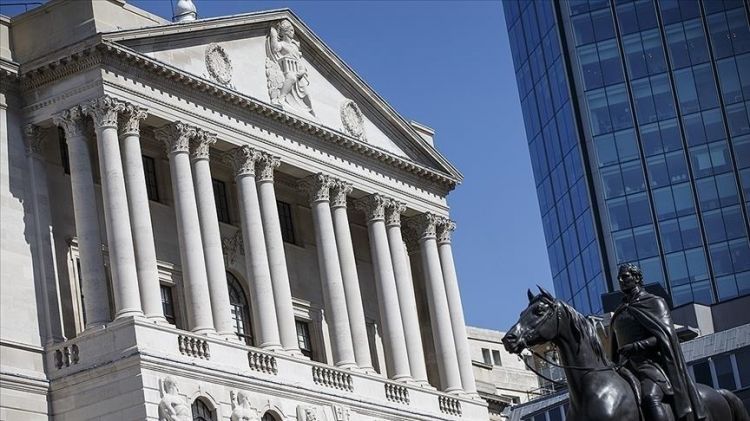 The Bank of England raised interest rates for the fifth consecutive month to 1.25%, from 1%, as the inflation hit a 40-year high of 9% in April, Anadolu Agency reports.
The bank’s Monetary Policy Committee also voted to raise UK interest rates to a fresh 13-year high.
Policymakers now projected inflation to be over 9% during the next few months and to rise to slightly above 11% in October while the GDP growth is slowing sharply over the first half of the forecast period.
The bank said the surge in inflation is partly due to rising global energy and other tradable goods prices amid the Russia-Ukraine war, adding that there are also domestic factors, such as "the tight labour market and the pricing strategies of firms."
It also noted that it "will take the actions necessary to return inflation to the 2% target sustainably in the medium term."
"The scale, pace and timing of any further increases in Bank Rate will reflect the Committee’s assessment of the economic outlook and inflationary pressures," it added.