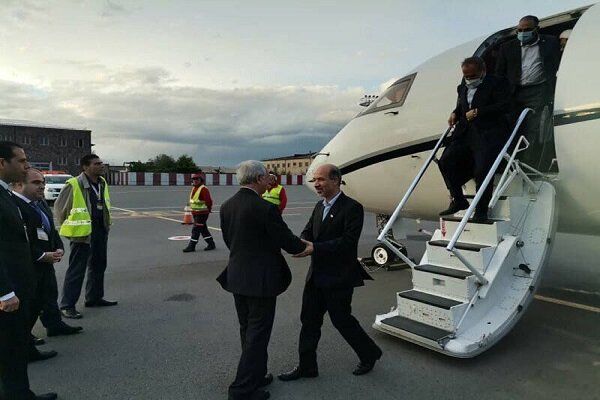 Iran’s Energy Minister Ali Akbar Mehrabian, at the head of a delegation, arrived in Azerbaijan capital of Baku on Wednesday morning to explore avenues for broadening cooperation in the fields of energy and electricity, Mehr news reports.

Upon his arrival at Heydar Aliyev International Airport on Wed., he was welcomed by high-ranking officials of the Republic of Azerbaijan.

Enhancing cooperation between the two countries of Iran and Azerbaijan in the fields of water and electricity as well as pursuing agreements approved during visit of presidents of the two countries has been cited as the main aim behind the visit.

About six years ago, Iranian parliament approved agreement on cooperation between Iran and Azerbaijan on construction and use of Khoda Afarin and Qiz Qalasi dams.