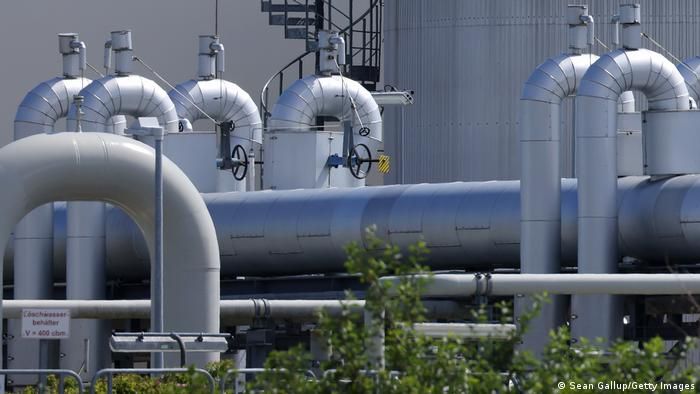 The European Commission is set to publish emergency plans on Wednesday to immediately reduce gas demand in the EU, as Europe aims to avoid a shortage of gas during the winter amid fears of Russia cutting off deliveries.
The European Union is rushing to shore up gas reserves before winter, with the emergency plan urging member states to engage in voluntary measures to reduce consumption.
European countries depend on gas both for power and heating, and a colder winter threatens a dire situation later in the year if Russia further restricts supplies because of the EU's continued support for Ukraine.
What does the gas plan propose?
There was no exact number specified in the draft. However, "a binding gas demand reduction target would be implemented" if two or more member states expressed concerns about a shortage of gas reserves, according to a draft of the plan.
"This is a signal to all public bodies, consumers, households, owners of public buildings, power suppliers and that they must now take extraordinary and rapid measures to save gas," the draft states.
EU countries are largely responsible for their own energy policies. The emergency plan proposal would need member state approval before being put in place.
As Russia’s Gazprom has halted deliveries to some member states, EU officials warned that further cuts are to be expected.
According to the International Energy Agency (IEA), the efforts to diversify energy sources and lessen dependency on Russia by the EU had not amounted to enough guaranteed supply to avoid reducing energy consumption during winter.
This was likely one of the reasons for the emergency plan being drafted, as it calls for an immediate reduction in the consumption of gas to ensure reserves are filled in time.
In 2021, 40% of the EU’s gas was imported from Russia.
What does this mean for industries and private consumers?
European governments have been advised to launch financial incentives for companies to reduce gas consumption.
Auctions or tenders could also be used, compensating large consumers for using less gas. Private households are being nudged to save energy by not utilizing heating or cooling as much.
In case of an acute energy shortage, governments will need to make a decision on which industries to shut down and in what order.
All 27 member states are asked to deliver national emergency plans with specific demand reduction measures to the EU by September after consulting with their immediate neighbors.
The draft could still be subject to change before its publication.