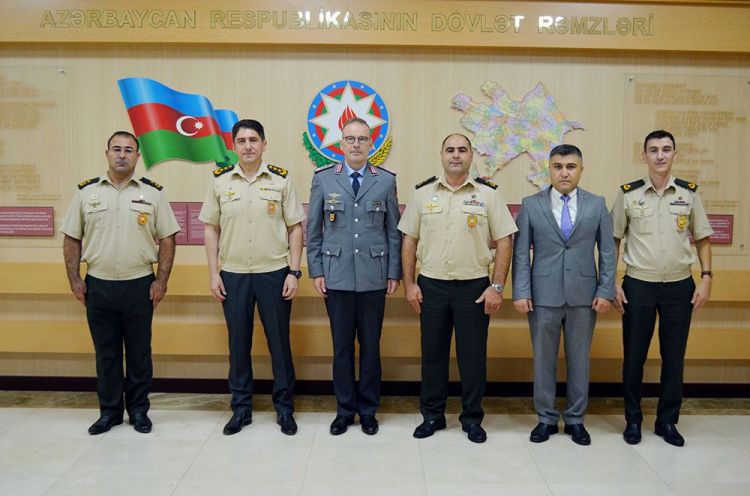 Representatives of the Azerbaijani and German defense ministries have discussed prospects of military cooperation between the two countries, Azernews reports.

The meeting took place at the International Military Cooperation Department of the Azerbaijani Defense Ministry as part of the two countries' bilateral military cooperation program for 2022, the ministry said.

The parties exchanged extensive views on the present situation and possibilities for the expansion of military cooperation between the nations, as well as problems of regional and international security, the report added.

Azerbaijan and Germany have signed various agreements that cover different spheres of bilateral relations. The defense ministries of the two countries signed a document on military cooperation on March 9, 2006.

A total of 208 companies, including leading defense companies from Bulgaria, China, France, Italy, the Netherlands, and others are represented at the ADEX-2022 exhibition, which is being held on September 6-8. For the first time, Jordanian companies are taking part in the exhibition. This year, eight countries are participating in the exhibition with national stands.