Finland would not allow burning of Quran: police - VIDEO
Read: 211

No more hopes: Macron turns to Russia to insure himself - Expert
Read: 170 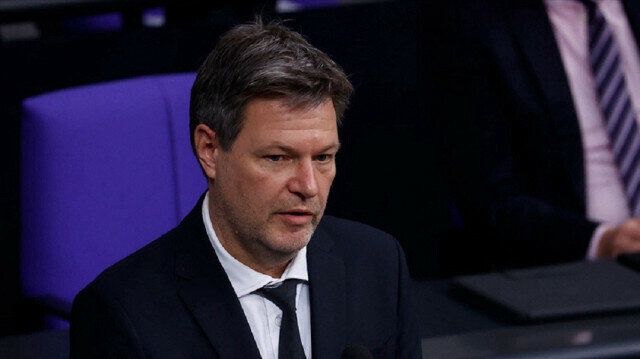 Germany’s economics minister on Tuesday welcomed the term of an agreement with Qatar on deliveries of liquefied natural gas to Germany, calling it "super.”

According to Yeni Safak, "Fifteen years is great," said Robert Habeck at an industry conference in Berlin, adding that the duration could also have been an even longer contract.

Referring to the 15-year term, he said Germany wants to become climate neutral by 2045.

Habeck, who was in Qatar in March, declined to comment on details of the deal, saying that it is a business matter.

According to Qatar's Energy Minister Saad Sharida al-Kaabi, the energy giant Qatar Energy has concluded an agreement on liquid gas deliveries to Germany.

The gas would be sold to the US company Conoco Phillips, which would then deliver it to the north German town of Brunsbüttel, he said in the Qatari capital Doha.

Delivery is scheduled to begin in 2026 and run for at least 15 years as up to 2 million tons are to be delivered annually.

Meanwhile, Germany's gas industry sees the agreement on the delivery of liquefied natural gas from Qatar to Germany as a "positive signal for land-based LNG terminals.”

The long-term deliveries over 15 years from 2026 will open up good prospects for these terminals, said Timm Kehler, chair and CEO of the industry association Zukunft Gas, according to a statement.

According to Zukunft, the amount agreed between Qatar and Conoco Phillips corresponds to around 30 terawatt hours and thus around 3% of Germany's annual requirement.

"However we have to replace almost 500 terawatt hours that have so far been covered by Russian gas supplies," said Kehler.

"This means that there is still a lot of work ahead of us to secure the supply in the long term," he added.

Germany is facing a severe energy crisis due to the ongoing Russia-Ukraine war, which led to disruptions in the gas supply and pushed energy prices to record highs.

The government is seeking to diversify natural gas supply sources, and currently work is underway to build liquefied natural gas (LNG) terminals at the northern German ports of Brunsbuttel, Wilhelmshaven, Stade, and Lubmin.

Before the start of the war in Ukraine, Russia was supplying 55% of Germany's natural gas.