daily news
Schools in Iran temporarily closing amid Coronavirus spread
There was no military solution to the Syrian conflict - Lavrov
US’ allegations about Russia’s spreading misinformation about coronavirus seen as fake
100,000 civilians killed or injured in Afghanistan in 10 years, UN says
Ryanair boss wants extra airport checks on Muslim men
UN aid chief describes 'horrific' situation in NW Syria
When Real Madrid or Barca knock on the door the other clubs must tremble - Guardiola on Sterling transfer
FAO official: Azerbaijan can help other countries as donor
﻿

Unknown fighter jets tried to attack the Russian air base in Syria
Read: 1807 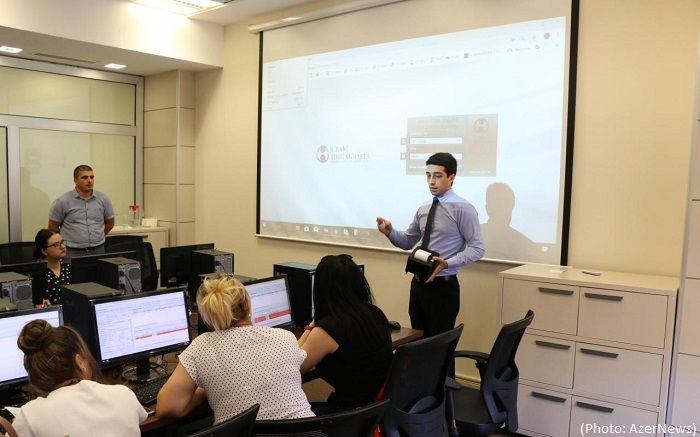 Dire need in health insurance in the case of expensive medical service is severe issue which settlement is already underway, reports AzerNews.

From January 1, 2020, compulsory health insurance will be applied in Azerbaijan.

The pilot project on compulsory health insurance has been implemented in Azerbaijan since late 2016. It currently covers the city of Mingachevir and the Yevlakh and Aghdash regions. The project is being implemented by the State Agency on Mandatory Health Insurance, which began operating in February 2016.

Trainings are conducted in accordance with the decree of the head of state on measures to ensure the implementation of the mandatory health insurance. The process of digitization of documentation of medical institutions is underway along with preparing for connecting the online system.

The online system leading to the significant simplification of the work process for insured persons in case of insured events and shorten the time of working with officials when receiving necessary documents.

During the training, participants were given information about the rules for using the online system, each participant received the appropriate access and password.

According to the plan, all medical institutions will be trained on compulsory health insurance.

As for other fields, agricultural market which is the second important market in Azerbaijan, the level of insurance in this sector of economy leaves much to be desired, due to unawareness of farmers.

It is important to note that after approval of the new draft law on the promotion of agricultural insurance in Azerbaijan, there will be an increase in insurance fees in this area, because the law has been prepared based on peculiarities of Azerbaijan market.