The novel coronavirus has infected over 95 million people globally and claimed more than 2 million lives. Here are the updates for January 18 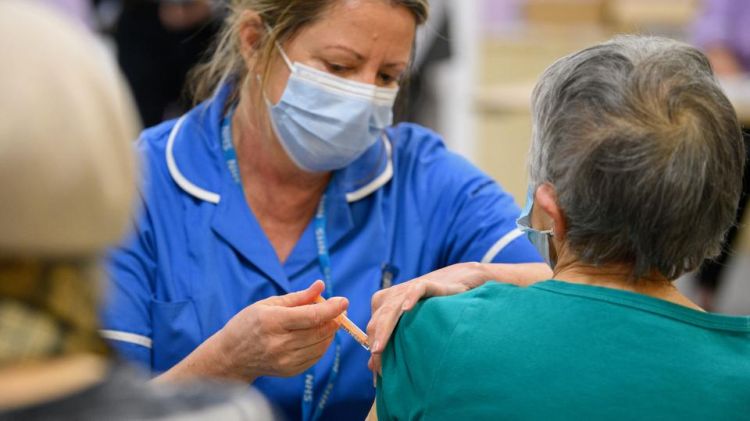 England has launched the next phase of its vaccination programme, offering doses to people aged 70 and above, as well as those seen as extremely vulnerable clinically.
Europe's biggest vaccination programme so far had focused on people aged 80 and older as well as frontline healthcare workers.
The government wanted all adults to have been offered the first vaccination by September, Health Minister Matt Hancock said.
Prime Minister Boris Johnson has set a target of vaccinating the four most at-risk categories, making up about 14 million people, by mid-February.
Meanwhile, Vaccine Deployment Minister Nadhim Zahawi said that the UK is vaccinating 140 people per minute.
"It is going well, we're vaccinating on average 140 people, that's first jab, literally a minute. That's the average so some areas are doing better," Zahawi said.
"You'll see that improve as we open more of the large vaccination centres, 17 in total by this week and 50 by the end of the month."
"Today, in some areas where they've done the majority of their over 80s, letters are going out to the over 70s and those who are clinically extremely vulnerable," he said.
He said the 24-hour vaccine offering would begin to be piloted in London by the end of the month.
Philippine cases hit 500K
Coronavirus infections in the Philippines have surged past 500,000 in a new bleak milestone with the government facing criticism for failing to immediately launch a vaccination program amid a global scramble for Covid-19 vaccines.
The Department of Health reported 1,895 new infections on Sunday, bringing confirmed coronavirus cases in the country to 500,577, the second highest in Southeast Asia.
There have been at least 9,895 deaths.