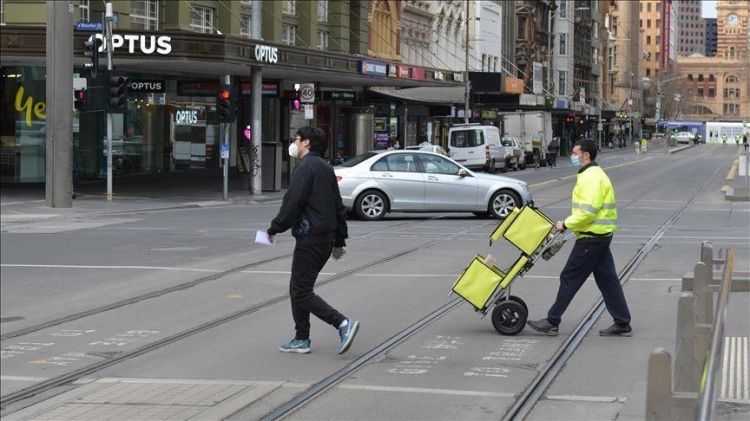 Australia's New South Wales (NSW) state has reported more than 140 coronavirus-related deaths in a week as the country is facing the third wave of omicron sub-variant, local media reported on Thursday.
NSW, Australia's most populous state, recorded a 50% increase in deaths compared with the week before, according to ABC News.
It registered 142 fatalities during last week versus 94 deaths a week earlier.
Some 20% of the deaths were in people who had received four doses of vaccine, however majority deaths were reported among people between 80 to 90 years old, said the report.
NSW registered 13,829 new infections in the last 24 hours, bringing total caseload to over 3 million with 3,926 deaths in total.
According to the Australian Health Ministry, 53,837 new cases registered across the country over the past day, pushing the total number of cases to over 8.9 million with 10,879 deaths.
Chief medical officer Paul Kelly urged people to wear mask as vaccines themselves will not stop the virus.
"The prediction is cases will continue to rise. And if you look at the hospitalization rates of yesterday, we are rapidly approaching that very peak. The peak we had in January, the highest hospitalization rates throughout the pandemic. We're about 100 short," Kelly told ABC news during an interview.