It would have been an intelligence disaster. 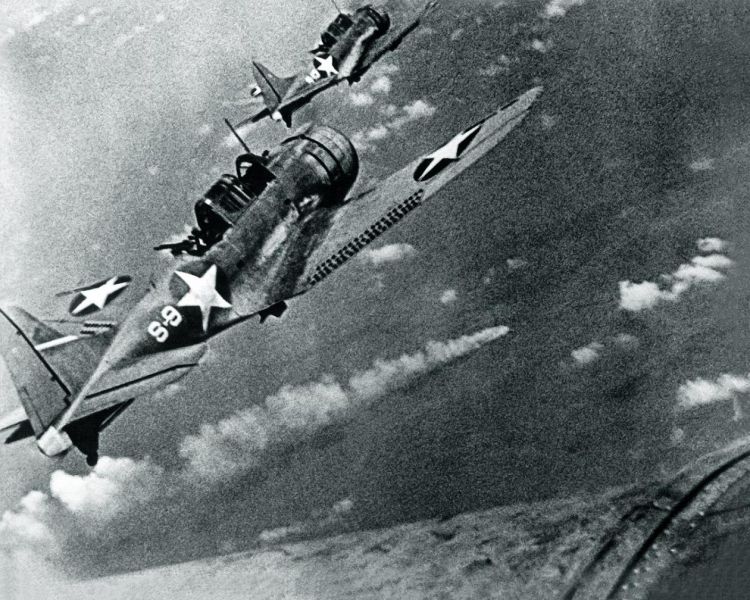 It could have lost America World War II?

Stanley Johnston, a reporter for the Chicago Tribune accredited to the Navy as a correspondent, had made two forays into the South Pacific aboard the aircraft carrier Lexington. He was rescued when the ship was sunk in the Battle of the Coral Sea in May 1942. He and other survivors returned to San Diego via Noumea. En route, Johnston’s roommate aboard the cruiser Chester was Commander Morton Seligman, executive officer of the sunken carrier. Seligman had a copy of Admiral Nimitz’s operation order to the Midway forces. The message was top secret. Whether Seligman actually showed it to Johnston or left it adrift in the stateroom for Johnston to read is moot. The fact that security was compromised almost had terrifying results and could have reversed the course of the war.

The ability to continue to read Japanese messages since several enemy codes had been broken was crucial to victory, and Johnston almost gave that secret away. He filed a story on the victory at Midway with the Chicago Tribune. It was picked up by the San Francisco Chronicle and run on its front page.

Johnston’s exclusive said that the Navy knew of the Japanese plan for Midway beforehand and was waiting to meet the enemy there. It was an almost verbatim text of the top secret message. Anyone who read it could infer that the Japanese codes had been broken. What else could the headline, “Navy Had Word of Jap Plan to Strike at Sea” imply?

There was talk of bringing Chicago Tribune owner Robert R. McCormick and Johnston to trial for endangering national security. The only vestige of hope that the Navy had was that the Japanese did not read American newspapers and that Americans would soon regard the headline as “yesterday’s news.” Evidently, the Japanese did not pick up on the blunder, and the attention of the American public was diverted.

McCormick and Johnston were never tried lest it highlight an incident which the Navy wanted to bury. Johnston became persona non grata to the Navy. Proposals that the Navy requisition the ships bringing timber for newsprint across the Great Lakes for the Tribune or that Canada suspend delivery of pulp to McCormick never came to fruition. Admiral Ernest J. King decreed that Seligman would never be promoted to captain and retired him in 1944.

Seligman had received a Navy Cross in World War I, two more later and a Purple Heart in early 1942. Under statutes that remained in effect until 1958, as a decorated officer of the Navy, Mort Seligman became a “tombstone” captain. He held the rank and privileges but not the pay of a retired Navy captain.