Azerbaijan has right to use its armed forces to take back its legally acknowledged territory - British journalist
Read: 4149 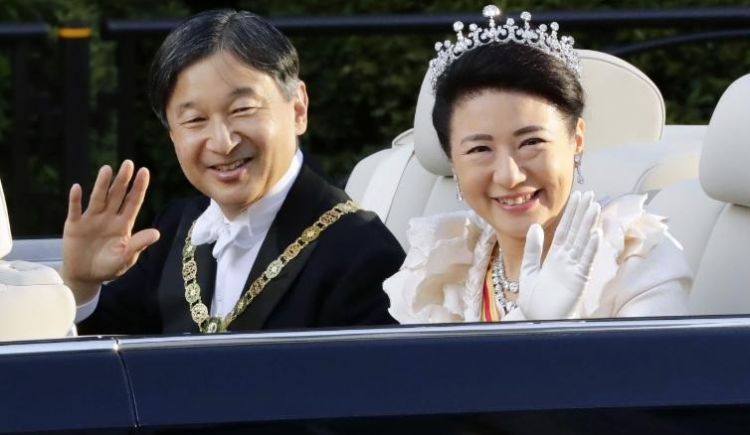 Japan's new Emperor Naruhito will take part in a ritual feast with a sun goddess on Thursday night as part of a centuries-old ceremony to celebrate his ascension to the throne, Eurasia Diary reports citing CNN.

But not everyone is on board with the ritual, which has been criticized for violating the constitutional separation of religion and state.

Since he formally ascended to the Chrysanthemum Throne at the start of May, Naruhito has been undertaking a series of ceremonies and rites. On Thursday night, he will take part in a mystical, 2.7 billion-yen ($248 million) ritual known as "Daijosai" -- or "rite of great feasting" -- which will see him sharing a banquet with the Shinto deity Amaterasu, the sun goddess traditionally claimed by the Japanese Imperial family as one of its divine ancestors.

Preparations for the ritual began months ago, when the shell of a tortoise was baked until it fractured. The cracks in the shell were then subject to an act of divination to determine the rice to be used in the Daijosai should be planted, according to Japanologist John Breen, who has written about the ceremony. In this case, the rice was planted in fields in Kyoto and Tochigi prefectures.

The ceremony will see Naruhito offering the newly-harvested rice to the sun goddess in two purpose-built wooden halls within the Imperial Palace grounds. The halls -- which cost millions of dollars to construct -- will be burned down after the ceremony, Breen said.

"The Daijosai transforms the Emperor from just an ordinary human to a sovereign whose authority extends over both this realm and the other realm," Breen said. "The Daijosai happens just once in a reign -- it's a major event. Because it involves the Emperor with the sun goddess in the most intimate fashion, it transforms him."

Around 700 people -- including Prime Minister Shinzo Abe -- have been invited to attend the ceremony, although they will not go inside the halls with the Emperor.