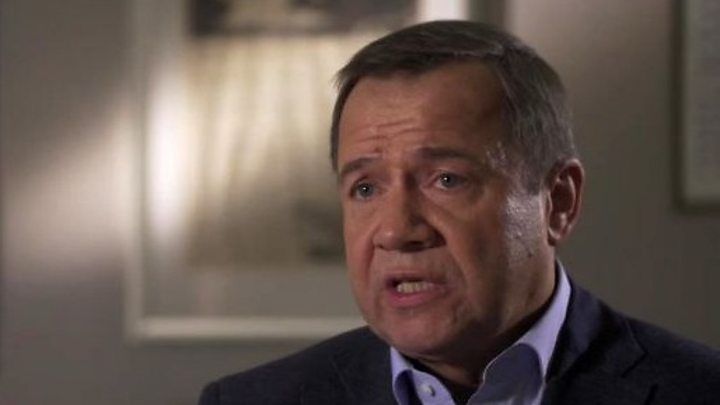 Vladimir Putin one of the most powerful leaders through Russian history was handed power on a Kremlin plate. The former officer of the KGB - the Soviet security service - was handpicked by President Boris Yeltsin and his inner circle to lead Russia into the 21st Century.

Valentin Yumashev played a key role in Vladimir Putin becoming president of Russia. The former journalist turned Kremlin official rarely gives interviews, but he agreed to talk with BBC and tell his story.

Yumashev was one of Boris Yeltsin's most trusted aides - he went on to marry Yeltsin's daughter, Tatyana. As Yeltsin's chief of staff, in 1997 he gave Putin his first job in the Kremlin.

"He introduced me to Vladimir Putin and we began working together. I noticed immediately Putin's fantastic work. He was brilliant at formulating ideas, at analysing and arguing his case."

Yumashev said that he introduced Putin as a candidate for presidency.

"Yeltsin asked me: 'What do you think about Putin?' I think he's a superb candidate, I replied. I think you should consider him. It's clear from the way he does his job that he's ready for more difficult tasks."

Yumashev stressed that being KGB agent is not the main point for Putin becoming president.

"The fact that he was ex-KGB meant nothing. Putin had shown himself to be a liberal and a democrat, who wanted to continue market reforms."

In August 1999, Boris Yeltsin appointed Vladimir Putin prime minister. It was a clear sign that President Yeltsin was preparing Putin for the Kremlin.

Yeltsin was not due to leave office for another year, but in December 1999 he took the surprise decision to go early. On New Year's Eve 1999, Boris Yeltsin recorded his final TV address in the Kremlin.

"It came as a shock to everyone present. Except me, who'd written the speech. People burst into tears. It was an emotional moment."

Yumashev have no regrets for Putin, he thinks people trust Putin.

Putin has remained in power, as president or prime minister, for 20 years. In that time, he has built a system of power that revolves around him. Under his watch, Russia has become an increasingly authoritarian state, with fewer democratic rights and freedoms.

"I have no regrets," Yumashev tells me, adding: "It's clear that Russians still trust Putin."

Still, Yumashev thinks that Boris Yeltsin's resignation should serve as a lesson to all Russian presidents, the lesson being "that it's very important to step down and make way for younger people. For Yeltsin this was incredibly important."