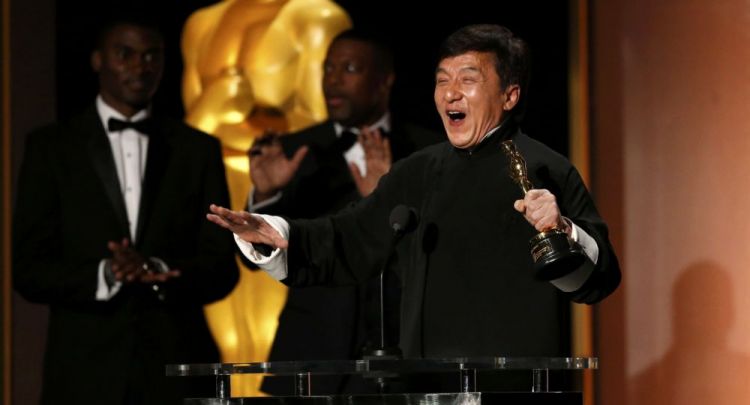 Like Tom Cruise, who at times seems to be eager to meet his end in front of a camera, the 65-year-old Chinese superstar reportedly performs many stunts himself. Such devotion to his work might delight the actor’s fans, but sometimes it lands him in big trouble, Eurasia Diary reports citing Sputnik News.

Movie star Jackie Chan, who shot to international fame thanks to his Kung Fu skills and comedy talent, has revealed that he nearly drowned when he was filming a scene in a new action film. The 65-year-old actor shared his chilling inside story while promoting his new creation “Vanguard", about kidnappings, which is set to be released in January and that he made director, producer, and long-time partner Stanley Tong.

He had a near-death experience when he was filming a jet ski scene and became trapped under a rock. According to Chan, cited by China.org.cn, he could not free himself and get out. However, the actor revealed that he told himself "Jackie, don't panic!" and was eventually pulled out of the water. When he was saved, he comforted the crew and the director, who panicked while waiting on the shore.

"When I saw Jackie saved and when he emerged out of the water, I just could not hold back my tears", Stanley Tong recalled his feelings.

Chan seemed to be light-hearted about the incident, joking at a presser that "you need fight to survive when you are in the hands of Tong”, but acknowledged that day he felt scared.

"When I took a shower later that night and remembered the incident, I suddenly felt really scared and started shaking. I was thinking about how I could have so easily died", he told journalists.

As the outlet points out, the 65-year-old actor is old-school and rarely resorts to stunt doubles or CGI for action scenes featuring him. This has already landed him in trouble, as Chan was injured, for example, in 1994 when he and Tong were filming "Rumble in the Bronx". The actor revealed that it is still with him today. This, however, does not stop him from making stunts.

"I spare no effort in every film, and I don't want to let the audience down", he explained.