Trump's statue burned down in his wife's birthplace 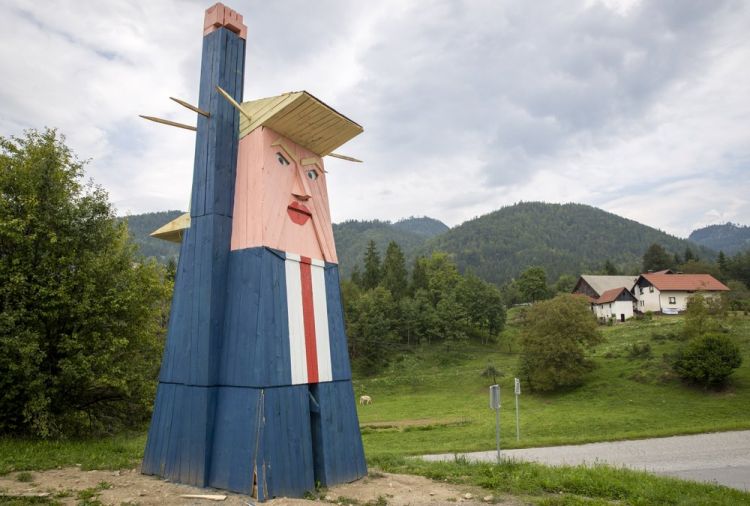 Wooden statue of US President Donald Trump erected in Slovenia, the birthplace of his wife Melania Trump was burned down, Eurasia Diary reports citing Associated Press.

The nearly eight-meter was built last year. Trump was portrayed with rising hands like the Statue of Liberty in New York. There is no information about who committed this act, the police are looking for them.