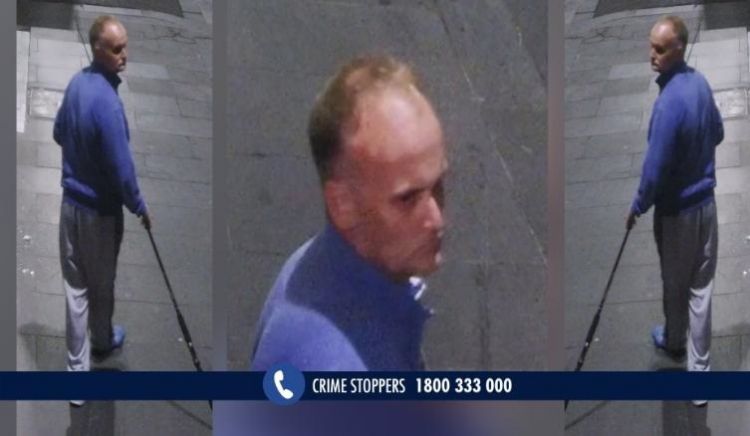 The man, who has not yet been identified, used a fishing rod to remove the necklace from a mannequin in a high-end fashion store in Melbourne, Australia, last week, said the police in a statement on Wednesday.

The incident happened just after 2 a.m. on February 24. Security footage released publicly by the police show the man walking up to the store, holding a fishing rod and looking around the seemingly empty street.

Authorities believe the man made a hole in the storefront glass window, then slid the fishing rod through the hole into the store to lift the necklace from the mannequin inside, according to CNN affiliate Nine News.

"It appears that the burglar was fishing for about three hours before landing his catch," said police in the statement.

"I couldn't believe it," store owner Steven Adigrati told Nine News. "Three and a half hours, with two rods, trying to get this necklace, was amazing. Hook, line, and sinker, I guess. He did it."

But the man left a clue behind -- the hook from his fishing line. The value of the stolen necklace has not been revealed.

Police have released images and footage of the man, and are now asking for the public to come forward with any information they may have.

The man is described as white, aged between 40 to 50 years old, about five foot nine, and with short, receding fair hair. At the time of the burglary, he was wearing a blue Lonsdale windbreaker and gray tracksuit pants.