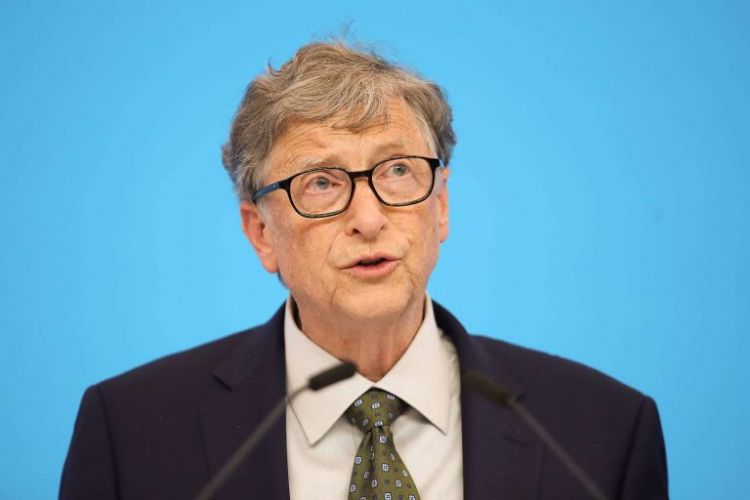 Talks to have a potential vaccine for Covid-19 tested in Africa, because the number of infected people is not as high as other countries like Italy, have been met with much resistance from people across the continent. EDNews reports citing African Daily News.

On Saturday President Cyril Ramaphosa posted a tweet saying the Bill Gates Foundation has supported the country’s health needs for many years: “They have offered assistance with innovative mass-based testing kits and research. I spoke to @BillGates and he commended the swift and decisive action South Africa has taken on #COVID19,” the tweet read.

Ramaphosa posted a video where the renowned businessman briefly explained his chat with the SA president.

In the video, speaking to host of the Daily Show, Trevor Noah, Bill Gates said: “For developing countries, it’s far harder and so these measures actually stop it from getting to the large part of the population, in places like India and Nigeria. I was talking to President Ramaphosa today, who is not only president of South Africa, he’s also the head of African Union. He is a very strong voice there, encouraging African countries to act quickly when the number of cases is still fairly low, which is true throughout sub-Saharan Africa right now,” he said in the video

However, South Africans were not having any of it.

Responding to Ramaphosa’s tweet, some expressed dissatisfaction over the said plans to have the potential vaccine sent to African countries.

Some Twitter users have disagreed with the president over this suggestion, while others have even questioned Gates in the process.

“We stand against vaccination! Please try us, Mr Ramaphosa. We are ready to rise.”

“Since when did he ( Bill Gates ) become a scientist? Please don’t play with our lives, we all have a right to live, and it better not be so-called ‘vaccine’. ”

In his fight to curb the spread of the virus, Ramaphosa also tweeted that he spoke to the Russian president, Vladimir Putin, and asked for technical expertise on infection control.

“I spoke to President Vladimir Putin and asked for technical expertise on infection control, supply of lifesaving equipment for mobile testing & infection control. South Africa has a long friendship with Russia & they have supported China, Italy & US in the fight against #Covid-19,” Ramaphosa said in a tweet.