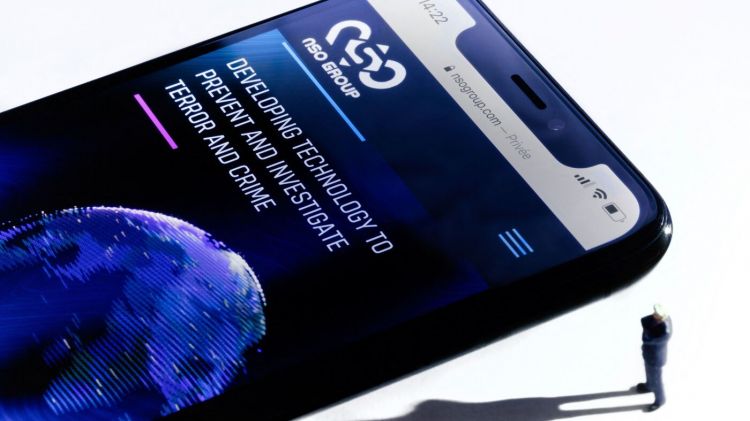 Israeli cyber-security firm NSO Group, at the centre of a global controversy over misuse of its Pegasus spyware to hack phones of journalists and politicians, has temporarily blocked several government clients from using its technology, according to a media report.

An unidentified employee of NSO told America’s National Public Radio (NPR) on Thursday that the government clients were blocked as the company investigates the possible misuse of its technology. The employee didn’t identify the governments or give more details.
The move came a day after Israeli authorities conducted an inspection of NSO Group’s office followings reports by an international consortium of journalists about the misuse of the Pegasus spyware around the world.
“There is an investigation into some clients. Some of those clients have been temporarily suspended,” said the employee, who spoke to NPR on condition of anonymity because company policy states NSO will no longer respond to media inquiries on the issue.
The employee did not name or quantify the government agencies or their countries that NSO suspended from using its spyware, saying Israeli defence regulations prohibit the firm from identifying its clients.
NSO’s internal investigation checked some phone numbers of people that the firm’s clients reportedly marked as potential targets. “Almost everything we checked, we found no connection to Pegasus,” the employee said, declining to elaborate on potential misuse that NSO may have uncovered.
The Israeli defence ministry’s official Twitter account tweeted about the inspection of NSO’s office at Herzliya near Tel Aviv on Wednesday, saying representatives from several bodies went to the firm to examine the allegations made against the company.
Israeli news website Calcalist, which first reported the inspection, described it as a “raid”. NSO Group, which has denied allegations of unauthorised surveillance of mobile phones using its spyware, confirmed the inspection in a statement and said it is “working in full transparency with the Israeli authorities”.
An international media consortium last week began publishing reports based on what is believed to be a leaked list of 50,000 phone numbers worldwide that were targeted by NSO’s customers for surveillance. Evidence of the Pegasus spyware was found on 37 of 67 phones examined by forensic experts, including in India.
Journalists, businesspeople, critics of the government and politicians were among those allegedly targeted in India. NSO says its software is sold only to government customers after vetting by Israeli authorities. The Indian government has denied all wrongdoing and has also not confirmed or denied acquiring the Pegasus spyware.
The Israel government has faced pressure because it regulates the sale of all spyware technology to other countries.
According to NPR, NSO says it has 60 customers in 40 countries, all of them intelligence agencies, law enforcement bodies and militaries. NSO also says that in recent years, before the media reports on the Pegasus spyware, it blocked its software from five governmental agencies, including two in the past year, after finding evidence of misuse.
The Washington Post reported the clients suspended include Saudi Arabia, Dubai in the United Arab Emirates and some public agencies in Mexico.