Earth is spinning FASTER now than it was 50 years ago - ednews.net

Earth is spinning FASTER now than it was 50 years ago 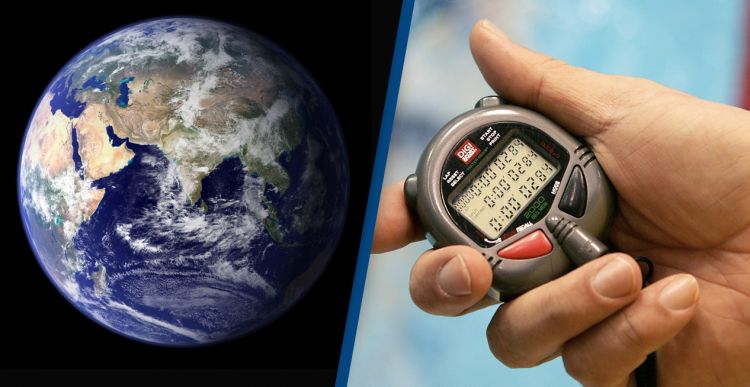 Earth is spinning faster than it was half a century ago, and if it continues speeding up scientists say they may have to remove a second from the atomic clock.
The speed our planet rotates on its axis has varied throughout history.
In fact, Earth rotated 420 times per year millions of years ago, but now does so 365 times.
However, sometimes the speed of rotation varies slightly, affecting the global timekeeper - the atomic clock - requiring leap seconds to be added when the world runs slightly faster.
Now, UK National Physical Laboratory scientist, Peter Whibberley, has warned that if the rotation rate increases further, a negative leap second may be needed.
Each day on Earth contains 86,400 seconds, but the rotation isn't uniform, which means over the course of a year, each day has a fraction of a second more or less.
This is caused by the movement of the Earth's core, its oceans and atmosphere, as well as the pull of the Moon.
The atomic clock is extremely precise, and measures time by the movement of electrons in atoms that have been cooled to absolute zero.
So, to keep the atomic clock in line with the number of seconds in the rotation of the Earth, leap seconds have been added every 18 months or so since 1972.
There has never been a negative leap second - the removal of a second from the atomic clock - and a system designed to make that work have never been tested.
The idea came up last year, when the rotation began to speed up, but this has since slowed down again, with the average day in 2021 0.39 milliseconds less than 2020.
'As time goes on, there is a gradual divergence between the time of atomic clocks and the time measured by astronomy,' Judah Levine from the National Institute of Standards and Technology told Discover Magazine.
'In order to keep that divergence from getting too big, in 1972, the decision was made to periodically add leap seconds to atomic clocks.'
The International Earth Rotation and Reference Systems Service is responsible for tracking how quickly the Earth spins, and does so by sending laser beams to satellites and using that to measure their movement.