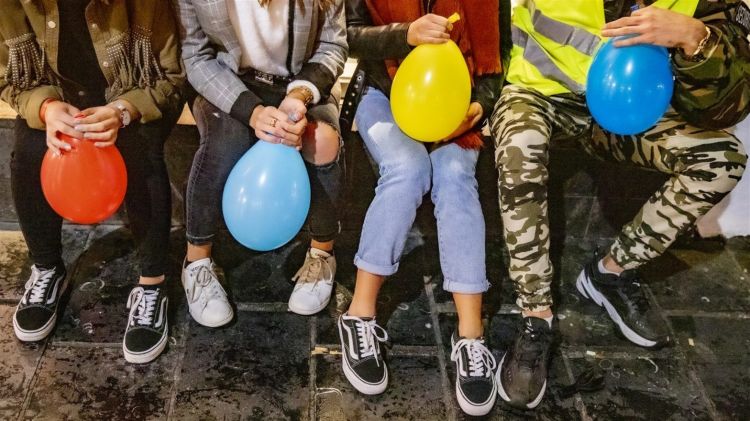 The Dutch government is banning the use of nitrous oxide, commonly known as laughing gas, amid concerns over the health risks for the growing number of young people using it, BBC reports.

The ban, which starts in January, makes it illegal to buy, sell or own the gas.

However, the authorities say it can still be used for medicinal purposes and in the food industry.

The government also hopes the ban will reduce the number of road traffic accidents involving the drug.

According to road safety monitor TeamAlert, laughing gas has played a role in 1,800 accidents across the Netherlands over the past three years.

The popular legal high has grown in popularity amongst clubbers and festival-goers in recent years, and is often used in combination with other drugs like MDMA (ecstasy) or ketamine.

The gas is mostly sold in small metal canisters, which are emptied into balloons before it is inhaled.

According to the Trimbos Institute, more than 37% of Dutch party-goers use laughing gas on a regular basis - mostly young people.

But there are serious concerns about the impact the depressant-type drug has on the brain and the body's response. Heavy regular use can also lead to a vitamin deficiency that can cause permanent nerve damage and lasting paralysis.

"The recreational use of nitrous oxide leads to enormous health risks," State Secretary for Health, Welfare and Sport Maarten van Ooijen said, as the government decision was announced.

Justice Minister Dilan Yeşilgöz said the ban would enable the police to take immediate action if they found someone with nitrous oxide gas canisters in their vehicle.

Concerns about the growing popularity of the drug goes beyond the Netherlands.

In England, it is the most commonly misused substance (after cannabis) among 16- to 24-year-olds.

Last month, the UK Home Office faced calls to ban all direct consumer sales of the gas, over concerns about its misuse.

It has become widely and easily available for recreational use, as it can be legally bought and sold for the purpose of making whipped cream.

Nitrous oxide is regularly used in big canisters as an anaesthetic inhaled by patients at hospitals and dental surgeries.