Finland would not allow burning of Quran: police - VIDEO
Read: 209

No more hopes: Macron turns to Russia to insure himself - Expert
Read: 168 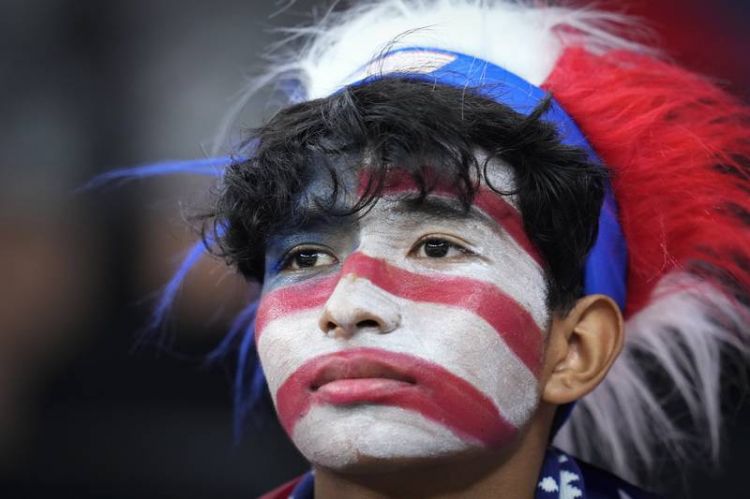 Iranian Kurds celebrated the US beating Iran 1-0 in their crunch World Cup match on Tuesday night, letting off fireworks in the north-western region where many of the 10 million Kurdish minority live, National News reports.

Following a tense build-up, the Group B match between the old foes was settled by a 38th minutes header by the US's Christian Pulisic — sending his country into the knockout stages of the Qatar World Cup at the expense of Iran.

The game at Al Thumama Stadium in Doha took place against the backdrop of more than two months of anti-government protests in Iran, in which between 300 and 450 people are reported to have been killed. About 15,000 demonstrators have also been detained.

These followed the death of Iranian-Kurdish woman Mahsa Amini, 22, in the custody of the morality police in September. She had been detained three days earlier in Tehran for wearing her hijab “improperly”.

Pulisic's goal and the final whistle were greeted with celebrations by some Kurds, who have long been marginalised in Iran, and other anti-government Iranians.

One video by Kurdish activist Kaveh Ghoreishi showed a neighbourhood at night in Sanandaj city, capital of Kurdistan province, with sounds of cheering and horns blaring after the US scored.

Protests had erupted in Amina's hometown of Saqqez, in Kurdistan province, on September 16, igniting the nationwide demonstrations.

Saqqez residents were reported to have also celebrated the US scoring against Iran.

“Saqqez citizens have started to celebrate and use fireworks after America's first goal against Iran's football team,” said the London-based IranWire website on Twitter.

It shared a video showing fireworks with sounds of cheering in the background.

Some Kurds identify more closely with their ethnic Kurdish heritage than their country of birth, and wish to form an independent Kurdish state.

Economically marginalised, some of the poorest Iranian Kurds work in tough, manual jobs, including as kolbars — labourers employed to carry goods on their backs over cross-border mountain routes.

Some other Iranians also celebrated.

Others criticised the team for trying to balance apparently acknowledging protests without antagonising the government.

In their opening match against England, the Iran team did not sing the national anthem, in what was viewed by some observers as support for protests. Subsequently, team members did sing the anthem.

Podcaster Elahe Khosravi tweeted: “This is what playing in the middle gets you. They lost to the people, the opponent, and even [the government].”

Iran-based journalist Amir Ebtehaj tweeted: “They lost. Both on and off the pitch.”