When Real Madrid or Barca knock on the door the other clubs must tremble - Guardiola on Sterling transfer
Read: 361 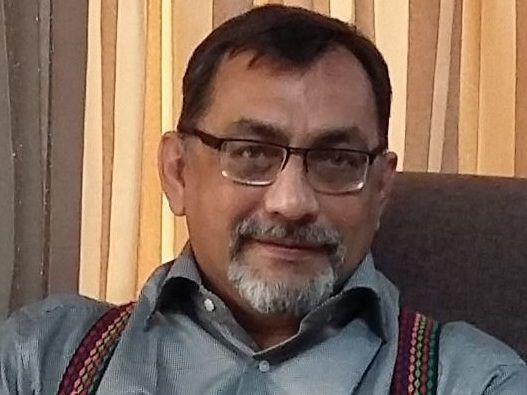 Eurasia Diary asked about the results of the World Economic Forum in Davos from historian-analyst Igor Pankartenko Deputy Chairman of the Russian Center for Strategic Estimation and Forecasts.

- Does the activity of the World Economic Forum lead to any changes in the world economy?

- There is no unambiguous answer here. On the one hand, of course, the Davos Forum is a unique platform where the ideologue can meet representatives of the world's elite in an informal space thanks to Swiss professor Klaus Schwab. It is enough to say that Arafat and Peres, DeClerk and Nelson Mandela, and others met together for the first time. Do such meetings affect the economy and history? Of course.

On the other hand, this platform does not make any decisions that are mandatory for the rest of the world. This is, not a "world government", but a "general meeting," regardless of what conspiracies think.

Therefore, the influence of Davos on the world economy is very indirect and not so great. In my view, geo-economic trends arise outside of this economic forum. In some cases, the issues agreed here are not just the ways of developing the world, but solving the problems.

- What does refusal of Donald Tramp's, Theresa May's and Emmanuel Macron's to come to the forum mean to the world community?

- You didn't say Xi Jinping, which is very important ... No-show of world leaders means that internal agenda is more important than romantic global issues. And this is quite logical and somewhat anticipated. Many imaginative expectations about globalization remain in the past. The world in the context of "globalization" returns period of national interests. It is neither bad nor good - this is the objective reality of the development of the world recently.

- What would be the key message for the participants at the end of the forum?

- As you know, the main topic of this forum is "Creating a common future in a fragmented world". If we take into account the failure of the decisions made by the past forum, we can say that there will be no concrete results again. Therefore, the key message to be given is unquestionable and insignificant.

- Can an existing forum lead to disagreements over the future of the world economic situation?

- As I said, Davos is not a place where contradictions arise, but a platform where they are identified. Naturally, differences occurred two years ago, when Trump came to White House. "America First", "Peace by Power", the decisive refusal from Trans-Pacific and Trans-Atlantic Partnership projects, Tramp's trade disputes with China and Europe, etc. all these have shaped the international map for the coming years. And the Davos crisis is not a contradiction between views, but its role in solving these contradictions is still unclear.