KGB officer explains the cause of Sri-Lanka terror act 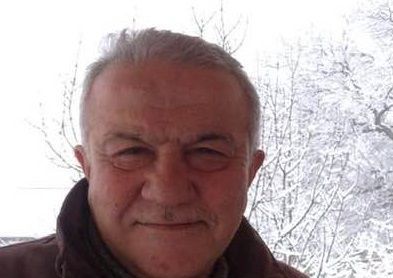 Eurasia Diary took an interview by former ex-KGB officer Akif Hasanov about the terror act in Sri-Lanka.
- What forces pursued the political gains from the terrorist attacks in Sri Lanka?
- Judging from the fact that Catholic churches were blown up on Easter day - then most likely they are terrorists hiding behind Islam. This can be judged from the fact that they blew up hotels where white tourists lived. Let me remind you that the local special services called the Sri Lankan extremist Muslim organization as the perpetrator of the attacks. This organization didn't give any statements about the participation in the terror act.
Why it happened in Sri Lanka is easy to explain. A sufficient large Catholic flock, a good season for the influx of European and American tourists, a weak intelligence service - the whole set of factors that allow to carry out a campaign fairly confidently and on a large scale, from which the world will tremble ...
- Who is guilty for what happened, except for criminals?
- Obviously it is a fault of the island’s special services - they had signals about the possibility of such an action a week before the event, however, they assumed that it was planned for a later date. This is a serious boom, the theory of combating terrorism requires the adoption of immediate measures in the event of receiving a signal because the lives of people are under threat.
- How much is it possible in our country, if we take into consideration of the actual state of war between Azerbaijan and Armenia?
- It's hard to say. It depends on the work of the special services - they must have reliable, timely and relevant information about the impending terrorist act and actively carry out prevention among the contingent potentially susceptible to it. To do this, one must have a wide branching network in this environment, a data of persons previously involved in similar crimes, who must be kept under vigorous operational observation. In addition, it is necessary to deprive citizenship and bring to the criminal responsibility of persons involved in various conflicts as part of illegal armed formations. Increase awareness among the population, somehow pay attention to convolutions, packages, suspicious persons behaving inadequately and a number of other signs left unattended in premises or vehicles.
- Make sure the wave of new publications on "Islamic terrorism" begins ...
- Generally, it is wrong to connect terrorism to any ethnic or religious group. A terrorist attack is an attempt by a weak to resist a strong and desperately.  If you pay attention, so-called "Islamic terrorism" has become widespread after military operations carried out by the "democratic regimes" in the Middle East and other Muslim countries. In the result of these activities, millions of people were killed in Afghanistan, Iraq, Syria, Libya and Yemen, and were driven out of their homes, many of whom lost their loved ones.
Since the war and the “terror”, which is quite a profitable business, then there were businessmen who take advantage of the moods of these masses. The so-called “Islamic terror” has nothing to do with either Islam or its Wahhabi and other sects. The absolute majority of terrorists have no idea of ​​true Islam and blindly believe what the false prophets interpret for them since these interpretations create the desire to avenge and kill inside them.
The same can be said about other types of terrorism with a national color - Armenian, Palestinian, Basque, Irish and others
By the way, Europe already faces this type of terrorism - mosques and refugee camps are still being burned ...
The most dangerous thing is that terrorism and local wars bring huge profits to their leaders.
- Moscow urged the world to unite against terrorism, but it was not heard. Is there any way to defend yourself from this evil?
-After the Americans killed the head of the terrorist organization Bin Laden, the “Islamic state” emerged, much more cruel and merciless. So this evil cannot be destroyed until the slaughter in Muslim countries ends.  But in general, every kind of terror has its own causes, and it is necessary to fight against the causes of it, otherwise, it can not be overcome. And there will always be leaders, because "a holy place is never empty."
KGB lieutenant colonel Akif Hasanov served for about 15 years in Soviet intelligence, acted in Western countries, served in Azerbaijan in another profession, acting “undercover” and performing KGB assignments. The Azerbaijani press and social network publishes his memories of some events involving the KGB.