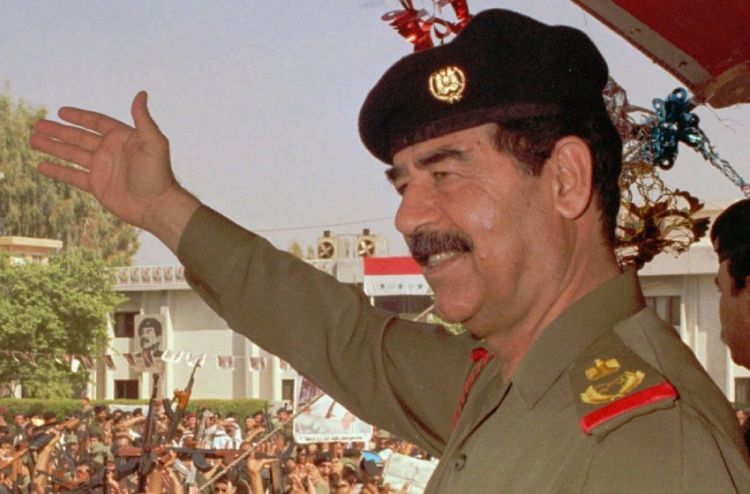 The violence and the humanitarian crisis in the Middle East have become the main headline of the world political arena. Iraq has faced terrorism and suffered from weak state structure for a long time. After the death of Iraq leader Saddam Hussein, the turmoil emerged in the country. The thoughts on the reason for such confusion in the Middle East are very different. Some accuses of US and some blames on Saddam regime.

Eurasia Diary interviewed with retired intelligence office Lieutenant colonel Rick Francona who was involved in the several mission in Iraq and Persian Gulf during the Saddam period. - What can you say about the personality of Saddam Hussein and the reputation of him in the Middle East?

- It depends on who and where you are. The Gulf Arabs (especially the Kuwaitis and Saudis), having fought a war against him in 1990-1991, view him as a homicidal megalomaniac. Yet in some Sunni Arab circles, in Iraq in particular, he is regarded as a hero. Even after he was overthrown and executed, there was still a large loyal following. When you speak to some of these same Iraqis today, there is a nostalgia for the time in which he was in power. Of course, they prospered under Saddam, mostly at the expense of the Kurds and Shi’a Arabs in the country.

- Despite calling him dictator, Saddam Hussein was supported by the US during the war with Iran (it takes several years). After the war, they started to intend to overthrow him.  What does it mean? The problem with Saddam or shift in US politics?

- I was personally involved in the US support to Iraq in 1987 and 1988. Prior to that, the relationship was supposed to be a mutual exchange of intelligence to benefit both countries – the Iraqis wanted information on Iranian forces, while the US was interested in Iraqi information on terrorism in the area, especially Lebanon. Remember, this was at the time when Americans and Westerners were being taking hostage in that country. It was not a very productive effort.

The real support to Iraq came in 1988 when the US intelligence community assessed that if Iran launched its expected annual spring offensive, they would likely break the Iraqi lines near al-Basrah and possibly win the war. The Defense Department was directed to prevent this from happening, and a steady flow of intelligence was provided to the Iraqis. I was one of the officers involved in this program. As for the overthrow of Saddam, there were efforts supported by the United States in the mid-1990s. After the liberation of Kuwait in 1991, it was obvious that although the Iraqis had been defeated this time, they still posed a threat to their neighbors. At this point, it was believed that Saddam was reconstituting Iraq’s weapons of mass destruction programs, focused on chemical weapons. American efforts focused on support to Iraqi opposition groups, mostly the Kurdish groups, although in many cases, the two major Kurdish groups were focused on each other and not Saddam Hussein. Rick Francona with a senior peshmerga leader in northern Iraq


By 2003, it was apparent to the US leadership that there was not a strong enough Iraqi opposition, either internal or external, to remove Saddam from power. If he was going to be removed from power, it would require an outside military force.

- Saddam Hussein has been called a brutal dictator. Do you agree that the East is a brutal region—if a leader does not exert pressure, anarchy can happen? After his death, terrorism began.

Saddam was a brutal dictator. Mere suspicion of dissent was a death sentence. That said, Saddam was a master at playing the various groups in Iraq against each other – the Arab tribes, the Kurdish groups, even the Shi’a. When he was removed, there was a power vacuum created by the disastrous American decision to disband the Iraqi Army and eliminate the Ba’ath Party. That was the catalyst for the insurgency that led to the civil war.

- Saddam Hussein was executed for abusing law. Is it the right decision to execute Saddam for also US interests?

- Saddam was executed based on only one case – I thought the Iraqis should have tried him for all of his crimes, not just the killings in the village of Dujayl for which he was convicted and executed. That might have ended any remaining nostalgia for the dictator, but the Iraqis—actually the new Shi’a-based leadership—was intent on killing him, hoping to deprive the insurgency of a figurative leader. The CIA’s Rick Francona dressed for battle in Iraq in the garb of the Kurdish peshmerga in 1996.

- Death of Saddam Hussein leave Iran having no rival in the Middle East, and it makes them stronger. Was it wise to overthrow Iran's main rival?

- I agree that the removal of Saddam has created the situation where Iranian influence is on the rise. It was not specifically Saddam’s removal that brought us here, but the disbanding of the Iraqi Army. The original American plan called for the Iraqi Army to take power after Saddam. When it was disbanded, the 300,000 Iraqi troops who had been promised that they would create the new Iraq were now out of work—that in essence created the insurgency that has been the cause of all of the subsequent problems: the civil war, the rise of ISIS, Iran’s quest to be the hegemon in not just the Gulf, but the entire Middle East.