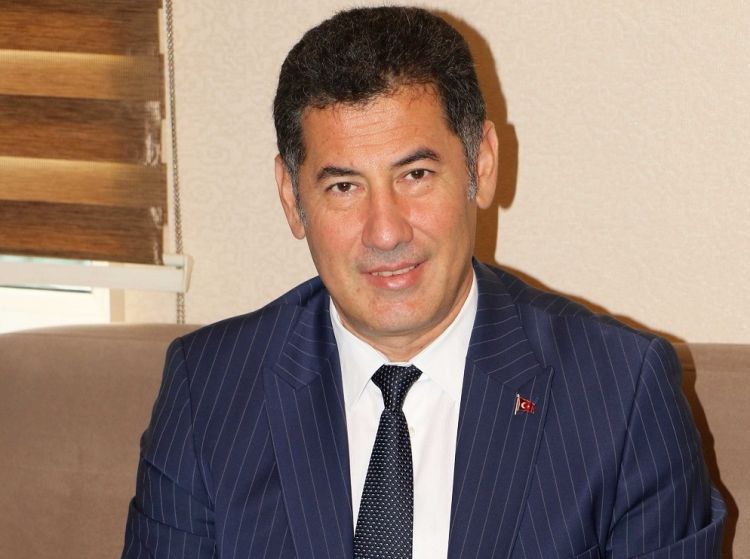 7th Summit of Turkic Council was held in Baku on 15 October. The leaders of Azerbaijan, Turkey, Kazakhstan, Kyrgyzstan, Uzbekistan and Hungary attended at the summit. The summit was rich with the historic messages and decisions of the leaders.

The former MP of Grand National Assembly of Turkey, founder and current head of Turkey Center of Strategic Studies (TURKSAM) Dr. Sinan Oghan was also among the participating officials. After the event he had a visit to International Eurasia Press Fund office and gave an exclusive interview to Eurasia Diary for the results of the summit and other issues on the agenda. - Above all, at this summit "Turkey's Peace Spring" anti-terror operation was supported and justified to be right action in the region, while UN, US and other states condemned Turkey as conducting a "military invasion" in Syrian territory. How do you evaluate this historic moment?

- During the summit, President Erdogan reminded the wise words of Dede Korkud: "A good friend is not the one who comes when is invited in good days but comes without invitation during worse days." During the time of unjust condemnation coming from Arab League, Europe, NATO, China, Iran and others, it is vitally important to get support from our Turkic brothers in the summit held in Baku for Turkey's "Operation Peace Spring" and it is very happy decision awaited by the Turkish nation. Thankfully, this decision was made recently in the form of strong support. I consider that this is a message to the whole world. The world has again seen the authenticity and solidity of the Turkic world by this decision. Whatever it says and whatever it condemns, brothers stick together in difficult conditions. We are standing with our Azerbaijani brothers in Karabakh. Azerbaijan is also standing with Turkey in anti-terror operations. In the same way, Kazakhstan, Kyrgyzstan, Uzbekistan and we are hoping Turkmenistan in the future and descendants of Attila Hungary announced their support to Turkish operations at the 7th Summit of Turkic Council. I send my personal gratitude to Azerbaijan because they did it without waiting for the summit. Azerbaijan is among the first three countries together with Hungary and Pakistan. We are grateful for that.

- Obviously, Turkey's fair stance in fighting terror was strongly supported at the summit. We can assume the close relationship will be held between the Turkic Council and Turkey after this historic moment. In this case, can the Turkic Council turn into a regional and geostrategic power? - Most of the states in Turkic Council are rich with energy resources and the cooperation is being enhanced among these states day by day. If so, can we expect the members of the Turkic Council to cooperate in a new regional or international energy project soon?

- God gifted every resource to Turkic geography. The Turkic countries are rich with underground and surface resources and mostly oil and gas. There has been cooperation among the Turkic states in energy export projects since independence. This cooperation has entered a phase of development with the Baku-Tbilisi-Ceyhan (BTC) project implemented during the presidency of Mr Heydar Aliyev. Now, the accession of other Turkic states to the BTC pipeline is on the agenda and can be predicted. I believe that the Turkic Union will not only be an interstate political union, but also an economic and energy union.

- Hungary, which is an observer member of the Turkic Council, under the leadership of Prime Minister Orban, is constantly defending the interests of the Turkic states. Hungary was also the only country in Europe to support Turkey's "Peace Spring" operation. However, as Hungary approaches the Turkic Union it is felt that it is moving away from the European Union. Relations between the Union and official Budapest have been strained lately. What problems might cause Hungary's integration into the Turkic Union?

- Hungary may face certain problems, but integration into the Turkic Union opens new economic and political opportunities for this country. The Turkic Union is offering new political support, new market and new cooperation environment for Hungary. Hungary, like the other Turkic countries, is a manufacturing country, meaning that this region offers great opportunities for Hungary economically. Hungary has a huge demand for energy carriers, oil and gas. The region is rich with oil and gas. This will also be beneficial for Hungary.

-  As you know, Assad's troops have already begun to settle in Manbij and the region. They entered several villages of Raqqa. It is stated that PKK, YPG, PYD and Assad have reached an agreement, in this case, Turkey will begin to fight against Assad or would finish the operation?

- Primarily, I would like to say the decision of the summit of the leaders of Turkic Council: "Operation Peace Spring will contribute to providing border integrity of Syria." This means that Turkey will not allow terrorist organizations such as PPK and YPG to form a separate terrorist corridor there. This operation of Turkey is also supported by member states of the Turkic Council. We see Syria trying to infiltrate the vacant territories where Turkey make  PKK, YPG and US to withdraw. This case, of course, makes the possibility of a confrontation between Turkish soldiers and Syrian soldiers. But our goal is not to fight the Syrian soldiers. Our goal of entering Syria is to clear the terrorist elements, including PKK, YPG, PYD, and ISIS from this region. Therefore, the operation is not over. The operation will continue until the region is cleared from the terrorist organizations.

- Although the YPG is the main agenda, this is not Turkey's only problem. How Turkey will solve the Eastern Mediterranean issue on the agenda?

-  In fact, the whole issue is about the Eastern Mediterranean. PYD and YPG are the excuses for this. The Eastern Mediterranean has significant oil and natural gas reserves. And an important part of them is inside Turkey. Turkey may possibly become rich with oil and natural gas resources such as Azerbaijan, Kazakhstan and Turkmenistan, by the discovery and production of these oil and gas deposits in the Eastern Mediterranean. This, of course, has caused concern in the West, Israel, Egypt, Greece, Europe and America because it might strengthen Turkey. But no matter what, Turkey will solve this issue. Turkey will reach its desired destination there.

- What kind of support can the members of the Turkic Council make for Azerbaijan regarding the resolution of the Nagorno-Karabakh problem?

- As Turkey carries out counter-terrorism operations on its border, Azerbaijan can also carry out counter-terrorism operations in its own territories, which are internationally recognized. The Turkish states already confirm and accept that Nagorno-Karabakh belongs to Azerbaijan within the framework of the United Nations (UN) resolutions. Civil society institutions and the press should play a more effective role in safeguarding Azerbaijan's rightful position in the Turkic states. Because, when wars begin, it is more difficult to explain the causes of war to the international community.

The military operations carried out by Azerbaijan in Karabakh cannot be called war. It will be an anti-terrorist operation. Operations against a fictional state of separatists and with terrorist nature in Karabakh can only be called anti-terrorist. The purpose of Azerbaijan in these operations is to liberate its territory from the occupation and clear from terror. If a third state intervenes, it will also be considered a terrorist state or a state supporting terrorism.

- How does this influence the balance of forces in the region if this terrorist operations start?

- If it starts, it will be finished very quickly. Azerbaijan is capable of it. Azerbaijan will be able to expel terrorists from the region. And the Turkish brothers are always with Azerbaijan. No one should doubt it. 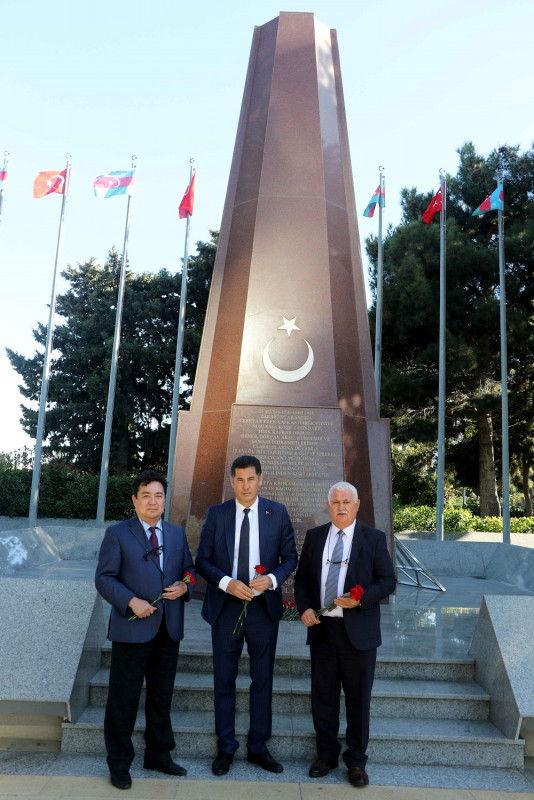 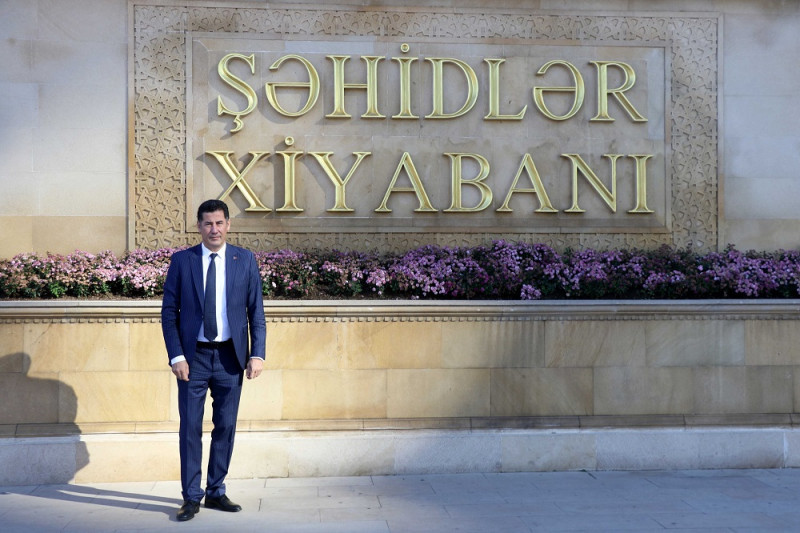 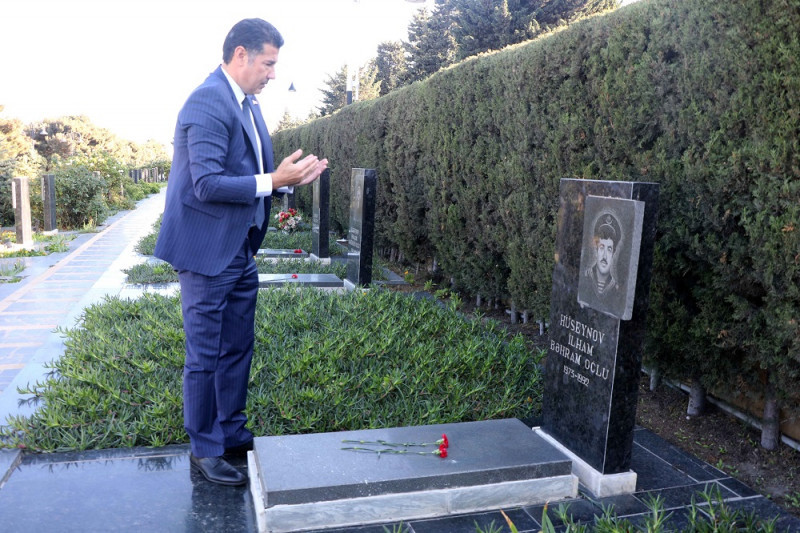 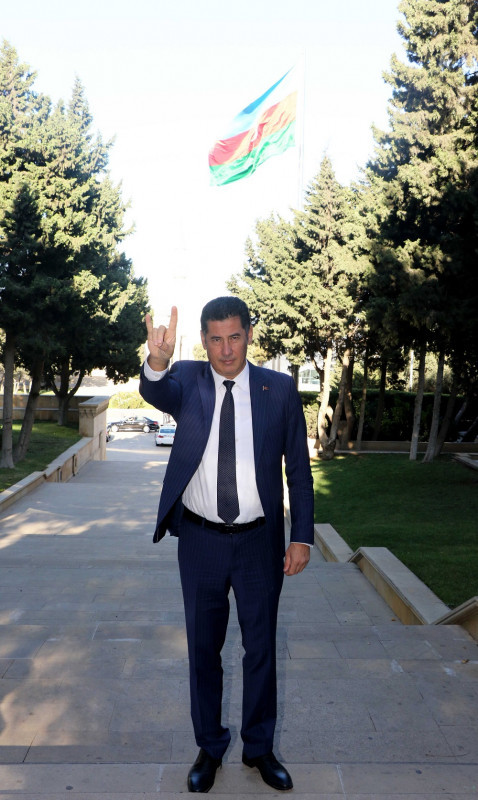