Baku and Tbilisi could work together to prevent a wide spread of the virus to the their occupied territories - Georgian Analyst-Exclusive | Eurasia Diary - ednews.net

The loss of the four young men is extremely sad and we share grief of their families – British journalist
Read: 2422 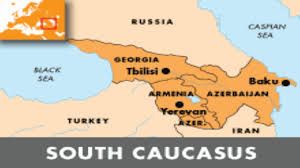 As Coronavirus crisis is growing bigger, it outspread the world hitting countries of South Caucasus. According to John Hopkins University’s data, the number of people infected with COVID-19 so far in Azerbaijan and Armenia has surpassed 1000, while in Georgia it remains at 272. These three countries nowadays have strong contact with World Health Organization to struggle with virus.

On the other hand, the economic crisis along the wave of the virus is not an exception too. So countries in plight of pandemic feel desperate for support while it is hindering to cross border. Given the situation the European Union and the United States allocated financial aid to the countries in the region to overcome negative impacts of virus. However, there are still two big challenges, which coronavirus would cause in the region. First, it is a possibility for the rapid spread of coronavirus in the occupied regions of Azerbaijan and Georgia. Second, is related to the decline of economic and social development in the countries of South Caucasus.

Georgian political analyst Emil Avdaliani shared his views with EDNews.net regarding the impacts of coronavirus in South Caucasus.

Emil Avdaliani specializes on former Soviet space and wider Eurasia with particular focus on South Caucasus and Russia's internal and foreign policy, relations with China, the EU and the US.

- The novel coronavirus, despite having negative effects on the economics of the world and the South Caucasus states in particular, actually provides some potential for cooperation between Tbilisi and Georgia’s Russia-occupied territories of Abkhazia and Tskhinvali Region (so-called “South Ossetia”). Indeed, there have already been cases when those living in Abkhazia get their treatment on Tbilisi-controlled territory. Sokhumi does not get proper aid from Russia, which exacerbates their relations. As said, this gives some room for hope of cooperation between Sokhumi and Tbilisi.

The same goes for the Tskhinvali Region. Tbilisi is willing to provide medical aid to those living in the region. However, in both cases antagonism is large enough to prevent any real progress.

In case of Azerbaijan, the situation is more complicated as I, unfortunately, do not see for the moment even a slight possibility of cooperation between Nagorno-Karabakh region and Baku over problems related to the coronavirus.

Baku and Tbilisi could indeed work together to prevent a wide spread of the virus to the unrecognized entities in the south Caucasus. Here both capitals have identical interests.

- Luckily Azerbaijan is a mild country with record of infected people to covid-19. However the government has set a strict quarantine regime with heavy penalties and arrests for citizens stepping out of their homes for shopping or any other purpose unless only limited ones allowed within 2 hours. As far as we know, even in some more affected countries like Turkey, it is not like this. Is the experience of Baku being applied in any other country?

- In Georgia too there have been imposed various restrictions on small, middle-level businesses. This hurts the economy, but since we are reaching the peak of the coronavirus pandemic, maximum limitations could be the only effective countermeasure. Again, there is a problem of the economic slowdown, which in turn can create troubles for vast groups of population in any country and both Azerbaijan and Georgia are no exception.

If you look at Europe and the US, the leaders of Georgia and Azerbaijan are worried so the same tragic situation does not happen in the South Caucasus. Here it is placing more emphasis on human lives than on keeping economic growth.

- How coronavirus will affect the economic and social development of countries of South Caucasus?

- I expect economic problems in the entire South Caucasus. This could be economic slowdown in term of decrease in GDP. This will hurt the economies of the three South Caucasus states. Moreover, as the region is bordered on Turkey, Russia and Iran, which suffer economically, and in terms of human deaths, Armenia, Azerbaijan and Georgia will experience those economic shocks.

We might also experience the echoes of the worldwide problem – disruption of supply chains, which will drive prices high up everywhere around the globe and the South Caucasus will not be exception.

- As you know, thousands of Azerbaijanis and other Caucasians live and work in Russia as well as giving benefit to Russia's economy as legal citizens of Russia. Unfortunately, Russian chauvinism put those nations of Caucasus outside the attention of Russian health system after president Putin's statement. How fair do you think it is?

- I think nowadays no country can really help its neighbors, no matter what size and economic power this state possesses. Take the US, China or western European states which, despite being the biggest economies in the world, struggle to contain the coronavirus. So, I think Russia is no exception: Moscow tries to contain the epidemic inside the state and it puts all the available resources to this end leaving little for helping its neighbors.