The loss of the four young men is extremely sad and we share grief of their families – British journalist
Read: 2417 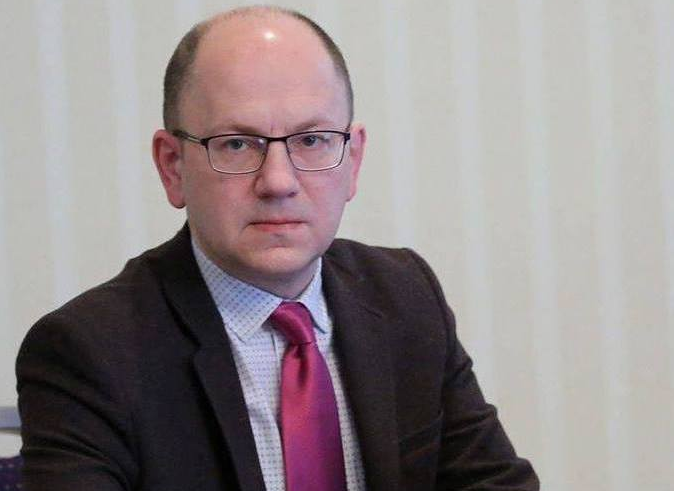 Georgia is receiving huge support from the European Union and the relations with NATO are going so tight during the time of the pandemic. What kind of challenges and opportunities exists for the foreign policy of Georgia in recent times?

EDNews.net took the exclusive interview with the Georgian political analyst Ghia Abashidze on the evaluation of the recent developments of the foreign policy of Georgia with European Union and the possible reaction of Russia.

- In these hard days for mankind the EU, its member states, our neighbors, the US, international organizations, Japan, China, South Korea - the list is huge- are generously helping Georgia. The country has been praised by many international actors as being one of successful in fighting Covid-19.  Also in Georgia, those who have been opposing the Georgian Dream (GD) government for previous mistakes and failures have unexpectedly started to praise actions implemented by the Giorgi Gakharia-led Cabinet.  Georgian citizens are very grateful to the incoming endless foreign assistance. It must be mentioned that Georgia’s professional medics have been consulting their foreign colleagues online as well as our compatriots living abroad.

Georgia will reopen for foreign visitors from July 1 and offer its tremendous hospitality to all. “We will create safe corridors on land borders with our neighboring countries and, based on bilateral negotiations, with countries that are of tourist interest to us. These talks have already begun. Georgia will be one of the first countries to open its borders and tourist infrastructure to receive guests from abroad,” the PM Gakharia stated on May 7.

- Do people feel that the EU is supporting them?

The EU and Georgia enjoy an excellent relationship for a long time. The close relationship is based on the EU- Georgia Association Agreement including a Deep and Comprehensive Free Trade Area and strives for political association and economic integration. Through its firm support for Georgia’s territorial independence within its internationally recognized borders, its political dialogue, cooperation, and assistance programs, the EU remains committed to supporting a strong, independent, and prosperous Georgia.

Georgians feel and deeply appreciate enormous support from Europe. In spite of Russian disinformation campaigns on the EU, the number of respondents who support the Georgian government’s stated goal to join the European Union (EU) increased to 82% from 78% in July 2019, says USA’s National Democratic Institute (NDI) January 2020 survey. It is presumed that such a supportive attitude will last for a long period.

- The recent report shows that the Georgian economy heavily depends on Russia, mainly tourism. Do you expect any negative reaction by Russia?

- As of today, Russia became the fifth country with uppermost coronavirus cases globally. The country faces huge problems in the economy and energy sector particularly. Meaning that the Kremlin has no time to further aggravate the situation with peaceful Georgia. Russian occupation is still out there and will remain one of the unhealed wounds for Georgia for years. Russian tourists can also visit beautiful Georgia provided that the Kremlin allows to leave their country.

Georgia should further diversify its economic supply and trade relations with partners. The process is ongoing and will accelerate once the global pandemic is finished.

Recently, French financial newspaper Les Echos quoting President Zurabishvili has published an article, titled "Georgia in the EU: and why not?" The article also emphasizes that the vast majority of the Georgian population strongly supports integration with the European Union. The author also wrote that "during the reign of the previous Georgian government, the 2008 Russia-Georgia war reminded Europe that it is necessary for the protection of the security and prosperity of the European Union to pursue a prudent and active policy outside the EU."

Yes, why not? Some skeptical leaders in the West must rethink sooner or later and should act for Georgia’s Euro-Atlantic aspirations. All have witnessed that since its independence Georgia is a reliable partner and friend for the EU and the North Atlantic Alliance. Of course, Russia will try to impede Georgia’s memberships but ultimately the unanimous decisions are made in the western capitals and not in Moscow. There is a hope that after pandemic ends many things will change in international politics and many benefits might come for countries like Georgia.