Is there any point in replacing the OSCE Minsk Group with another diplomatic mechanism? - The explanation by Azerbaijani expert
Read: 430 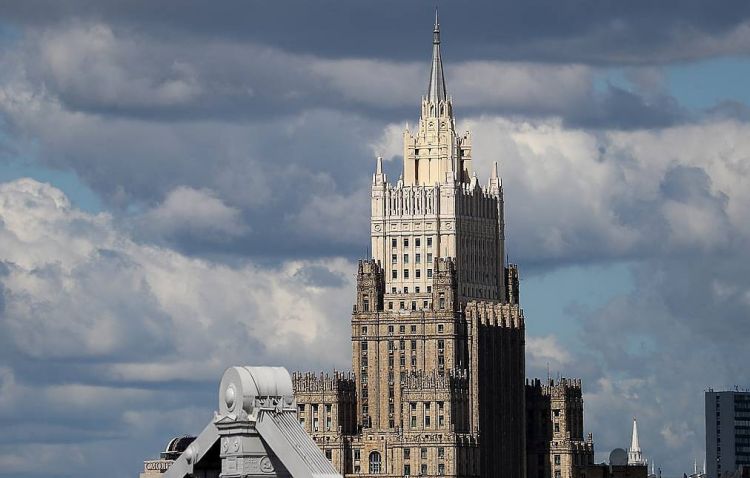 Former Georgian President Mikheil Saakashvili reappeared on the political agenda of Ukraine. On May 7, President of Ukraine Volodymyr Zelensky appointed Saakashvili as head of the executive committee of the National Council for Reforms of Ukraine. Volodymyr Kopchak, the head of the South Caucasus branch of the Ukrainian Centre for Army Research, Conversion and Disarmament, explained the motives for EDNews.net about Saakashvili’s new appointment. - Why did Zelensky choose Saakashvili?

- Let's rewind the situation a little, about a year. Volodymyr Zelensky, becoming President of Ukraine, almost immediately returned Saakashvili’s Ukrainian citizenship. This made it possible for Mikheil Nikolozovich to return to Ukraine. On the part of Zelensky, it looked like the fulfillment of a certain election promise. Let me remind you, during the presidential race, Saakashvili actively supported Zelensky in his fight against Petro Poroshenko. Let’s not forget that it was Poroshenko who actually brought Saakashvili to Ukrainian politics, but they couldn’t work together. This is a famous story. However, I think it would be naive to believe that high caliber politicians like Saakashvili would just sit idle for so long or be trite to settle accounts with political opponents of the government exclusively during political shows. It is clear that Zelensky initially had his views on Saakashvili and here is now, albeit a year later, they gained some practical content in the form of the post of head of the Executive Committee for Reforms.

Is Zelensky at risk? Of course. But his decision (and this is solely his decision and, consequently, subsequent responsibility) does not seem spontaneous. Saakashvili, for example, did not become a member of the presidential party “Servant of the People” (a tremendous plus in his karma), did not receive at the last moment the post of deputy prime minister for reform in the government. It seems to me that Zelensky took into account the experience of his predecessor, and now the main political opponent. I agree the situation looks like some kind of deja vu. Let's hope that it does not end with "the same rake." This option is also possible.

- Do you think Zelensky wants to get more help from the EU and wants to prove himself as a real reformer?

- Help from international financial institutions is, of course, one of the motives. There is nothing to be ashamed of. In the post-pandemic period, which will be accompanied by a deep crisis of the world economy, many economically much more sustainable countries will strongly need such support. So if Saakashvili has managed to attract some additional resources (grants, loans, and adequate conditions, investments, etc.) for himself or, more precisely, for his purpose, this can already be considered a certain result.

Regarding the motives of V. Zelensky, I readily believe that he not only wants to prove himself a real reformer but also to become one in practice. There is no doubt about the sincerity of his desires. Another thing is practical realisation. In the meantime, we see the lack of a coherent professional team, personnel throwing, illnesses of the old authorities, when people are appointed to different government posts not on the basis of professionalism, but on the basis of personal devotion, obligations to the “sponsors” of the election campaign, and so on. The oligarchs have not disappeared, they are overgrown even during the crisis, and at least it has not been possible to become an arbitrator among them. One way or another, these basic problems will have to be solved; otherwise, the power vertical may simply crumble.

Is Saakashvili personally able to somehow stir up these patterns? Here I am skeptical. He simply does not have leverage for this - neither official nor at the level of any informal powers received from the president.

- Do you expect further aggravation of relations between Georgia and Ukraine?

- Of course not. I do not think that there was any aggravation. "The fans of both teams” created a certain informational background around the ambassador’s recall for consultations, moreover. It is no secret that the personality of Mikheil Saakashvili is strictly toxic for the current authorities in Georgia for a long time. Georgia is approaching parliamentary elections that promise to be very hot. Therefore, under such conditions, the official authorities in Tbilisi (as well as official Kyiv, in response), as in figure skating, simply skated the mandatory program.

I can only repeat the platitudes, if you want such as the long-term relations between the peoples of Ukraine and Georgia, "chemistry", that such incidents can not ruin them in principle. And at the state level, we are and will remain allies, do not hesitate

- Do you believe that Saakashvili will succeed in his new post? What does he have and what not?

- This is not a question of faith or its absence. I do not have any special expectations. We can surprise Ukrainians already only pleasantly. I think there will be many loud and decisive declarations of intent on reforms. Reforming areas have already been voiced, and there’s everything from the defense industry to the healthcare system. Work meetings have already begun, for example, in the state concern Ukroboronprom. That is, we are already talking about some specific steps. It will not be boring in the information plan for sure.

As for the implementation of reforms, this is not a matter of one person, albeit a very decisive one, and at the head of an incomprehensible body. There are a lot of open questions - will the Reform Committee be able to gather professionals around itself, create expert groups in various fields that can develop solutions based on initiatives from below? How will these decisions then be implemented? This is the competence of the system, the state machine, the political will of the leader, and his team, ready, among other things, to break the long-standing habitual corruption principles. So it’s not just Saakashvili’s matter, it’s up to him to hang on to success, let alone fail.

But Saakashvili’s motivation can be understood. He, in my opinion, is still oriented towards Georgia. Yes, while there is no question of his returning there. But the more he will be busy with Ukraine now, the less he will “fondue” about the political life of Georgia (it’s hard to imagine for himself, and nevertheless), in this way he can only help his opposition party “United National Movement”, as if paradoxically this may sound. And if he succeeds in at least launching reforms here, Ukraine and Georgia will benefit from this without a doubt.