American Expert - The US is trying to dismember China by promoting separatism in its regions - ednews.net

Al Jazeera published an article reflecting the mine issues in Azerbaijan
Read: 139

A group of NGO leaders made a statement about the mine threat in Azerbaijan
Read: 135

Panic in Las Vegas over natural phenomenon - many thought of a nuclear explosion - PHOTOS
Read: 132

Turkiye asks Russia to delay some gas repayments until 2024
Read: 122 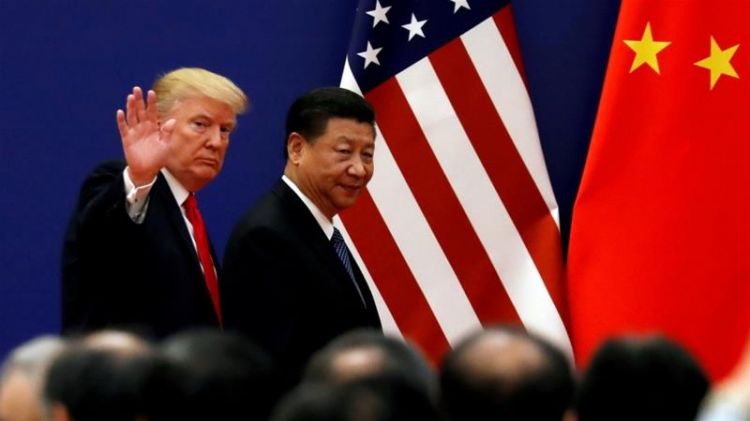 The US Senate, on 14 May passed bill on the mistreatment of Uyghur minority in China. The bill demands President Donald Trump to sanction Chinese officials who partake in the violating rights and freedoms of Uyghur community in the northwestern region of China.  Some American experts accused the US of conducting ethnic and nationalist separatism in other countries.

“The Congress’s bill is part of the overall US strategy to isolate China and portray it as a pariah state, American expert, Dennis Etler said.

Dennnis Etler condemned imperialistic policy of the United States in his interview to EDNews.net portal.

- What can you say about the US Congress’s bill connecting the treatment of the Uyghur people?

The bill passed by the US Senate is yet another attempt to demonize China and inflame public opinion against the PRC. It is based on unsubstantiated allegations that the Uyghurs of China are being subjected to wholesale repression and subjugation as an ethnic minority. The evidence for these allegations has been provided by separatists in Xinjiang aided, abetted and funded by the US government. Thus, the US government funds numerous groups which are then used to provide evidence used by that same government to sanction China. This is nothing but a self-fulfilling prophecy and should lack any degree of credibility by an objective observer. As Secretary of State Pompeo himself revealed, the US is proud to lie, cheat and steal and has "entire training courses" in how to do it. You can rest assured that the anti-China separatists in Xinjiang who happen to be of Uyghur ethnicity are following the precepts of their US sponsors and are taught how to do so. The allegations directed against China in the US Senate bill are concocted in that manner from half-truths and distortions of the actual situation in order to provide the US ammunition in its propaganda war against China.

- What is the main reason behind this bill?

The bill is meant to further poison the relationship between the US and China. This is part of the overall US strategy to isolate China and portray it as a pariah state that violates human rights. This is one component of the hybrid war waged by the US against the PRC. Other components are the US-initiated trade war against China based on false allegations that China engages in unfair trade practices, US military support for the breakaway Chinese province of Taiwan, US support for pro-American anti-China rioters in Hong Kong and US military provocations in the South China Sea. All are part of a multi-pronged assault against China which the US sees as the major threat to its continued global economic and military hegemony.

- In your opinion, does the United States have a strategic plan to instigate ethnic nations in China to make insurrection against the central government along with the adoption of such bills by its Congress?

The US has long sought to dismember China by supporting separatist movements in her outlying regions. Since the 1950s it has supported Tibetan separatists who seek to form an independent Tibetan state aligned with Anglo-American imperialism. More recently it has done the same in Xinjiang which is home to a number of Chinese ethnic minorities. The US promotes both ethnic and religious rivalry between minority populations and the majority of Han people, counter to the Chinese policy of ethnic unity and solidarity. Chinese national minority policy supports Chinese diverse ethnic minorities in many ways. They are exempt from many regulations that apply to the Han majority, they get favorable treatment in college admissions, the preservation of their languages and customs are supported with government subsidies, and the Chinese government has invested billions of yuan in improving infrastructure and services to minority communities throughout the nation. Ethnic minorities in China are represented in all levels of government and in the media. The US, however, uses its agents among certain ethnic minorities to foment trouble in order to divide the Chinese nation in furtherance of its objective to destabilize China and derail its rise.

- According to media, over a million Turkic Muslims have been kept in incarceration camps in China, they are allegedly being tortured, harassed, and subjected to cultural and ethnic discrimination. We would like to learn your opinion about truths and realities regarding the treatment of Uyghurs in China. As an expert on Chinese studies, how can you depict the current situation in connection with Uyghurs' rights?

Allegations of torture, harassment and cultural and ethnic discrimination against Uyghurs in China are unfounded slanders. The truth of the matter is that a small percentage of Uyghurs have been influenced by a foreign ideology that identifies itself as the only true practice of Islam. All other Muslims are condemned as apostates. Any Muslim who participates in the secular world is treated as an enemy of the faith. The vast majority of Uyghurs in China either practice forms of Islam that are antithetical to the teachings of the insurrectionists or are primarily secular in belief. The small percentage of Uyghurs who have succumbed to foreign ideological influences are given vocational training, civic education, and language training so they can better participate in the normal life of the nation. Traditional Uyghur culture and language are protected and promoted. What is prescribed are the teachings and precepts of Islam introduced by foreign proselytizers who actually attack and condemn the traditional Islamic teachings and cultural life-ways of the Uyghur people in China.