Why are Arab countries closing to Israel? - The explaination by Turkish expert | Eurasia Diary - ednews.net

"I can no longer see France, which shines in all its glory" - A moral lesson from a French Muslim woman to Macron
Read: 509

Azerbaijan's liberation of its own territories destroys the previous order in the South Caucasus - Expert
Read: 466

"The beauty of Karabakh is felt when it is united with Azerbaijan" - Umud Mirzayev - VIDEO
Read: 354

On September 11, US President Donald Trump announced that  after the United Arab Emirates (UAE),  Bahrain, another Gulf country agreed to normalize relations with Israel. Bahrain's King Bin Isa will attend the official signing ceremony of the agreement reached between Israel and the UAE at the White House on September 15 at the invitation of Trump.

Eurasia Diary conducted an interview with Haydar Oruc, an expert on Palestinian / Israeli studies at the Turkish Center for Middle East Studies (ORSAM). 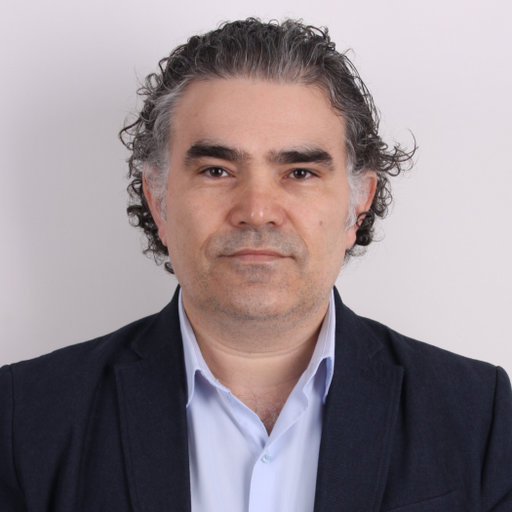 Why did the Gulf countries after many years change their position and get closer to Israel? How will this rapprochement affect the settlement of the Israeli-Palestinian conflict?

The Gulf States have had ties with Israel, albeit it is covered. This is especially obvious from the statements made by Gulf officials after the agreement on the normalization of Israeli-UAE relations. In the past, none of the Gulf States, except Saudi Arabia, was hostile to Israel. Given that the Gulf States, which have been independent states since the 1970s, have not been parties to previous Arab-Israeli wars, it is clear that these normalizations are not so historic.

In addition, these countries have been under the umbrella of the security strategy of the United States, especially since the US presence in the region - the first Gulf War in 1991 and then the invasion of Iraq in 2003. In addition to the bases of the United States and other Western countries in all Gulf countries, there are western investments in almost every field, especially in the field of energy. However, since the second term of the Obama administration, the United States has focused on China's growing influence and the steps it has taken to prevent it. As a result the importance of the Middle East in US grand strategy has begun to wane. In particular, the United States has lost interest in energy resources in the Middle East, because of the discovery of sufficient oil and natural gas reserves in its own territory.

Another important period for the Gulf countries took place during the Arab Spring. Seeing the people's movements as a threat to their power, the monarchies took action in support of dictators and coups. Unfortunately, during this period, despite continued human rights violations, almost all Western countries, including the United States, have shown support for these countries. In particular, after the events in countries such as Egypt and Tunisia, there was serious resistance to prevent similar processes in other countries in the region, and they tried to prevent other Islamist governments.

After Trump was elected president, a completely different process began. What has happened in the region since then has shown that things are going in the direction that Israel wants. Trump's attempts at the so-called plan of the century have brought the Gulf countries closer to Israel and even turned them into supporters of the plan. In this new era, the Gulf states have begun to work more closely with Israel in order not to be harmed by Trump's illogical policies and to benefit from Israel's influence over the United States.

The inability of Arab states, especially the Gulf States, to oppose US regional design, because of their interests and for fear of losing power, has affected Palestinians the most. A new phase for Palestine, which has historically received both political and economic support from countries in the region, has gone down in history as a period in which this support was reduced or stopped. Following the decision on Jerusalem and the relocation of the US embassy from Tel Aviv to Jerusalem in violation of international law, the Organization of Islamic Cooperation and the Arab League issued resolutions condemning and rejecting these actions, but the states in the region did not react. Therefore, the Palestinian issue has ceased to be an Arab issue and has become a problem that only some countries are sensitive to.

Saudi Arabia and Donald Trump are behind the agreement to be signed with the UAE and Bahrain. Trump made his first foreign trip to Saudi Arabia and is still living up to his promise to the Jewish lobby. What has this cooperation given to Saudi Arabia, the United States and Israel?

It was expected that the normalization of the UAE's relations with Israel would create a domino effect and cause other countries in the region to normalize the relations with Israel. However, US Secretary of State Pompeo, who visited the region after the UAE-Israel agreement, did not receive a positive response and the process was expected to take some time. However, Trump, who wants to gain the support of the Jewish lobby and evangelicals for the US presidential election in November, did not intend to wait for these countries. Due to sensational events such as Kashingchi murder, it was impossible for the Gulf countries, which need legal support from the United States, to resist this pressure.

Trump's announcement on the normalization of Bahrain's relations with Israel after the UAE also shows this connection. However, we must not forget that, unlike the UAE, Bahrain is more dependent on Saudi Arabia and will not make such a decision without the permission and approval of the Saudi leadership. Therefore, the announcement of Bahrain to normalize relations with Israel indirectly indicates the intention of Saudi Arabia. In addition, the El Al plane, which took off from Tel Aviv and carried US and Israeli personnel, flew to the UAE through Saudi airspace.

Today, US President Trump has realized Israel's 70-year-old dream of normalizing relations with countries in the region, thus trying to secure the support of the Jewish lobby in the elections, which helps to keep him in power for the next term. In addition, it seeks to keep the region's states under its own umbrella through its partnership with Israel by preventing Russia and China from increasing their influence in the region.

Other countries expected to normalize relations with Israel, including Saudi Arabia, the UAE and Bahrain, are building a broad arrow against the Iranian threat to insure themselves against sanctions for anti-democratic regimes, preventing the Muslim Brotherhood from becoming active in the region and ensuring their place in the international system under the control of the United States. At the same time, they are merely trying to be observers in resolving the Palestinian issue, which is incompatible with the rights and interests of the Palestinians, and they compromise or even ignore the status of the Al-Aqsa Mosque in the occupied Palestinian territories.

Israel is the biggest beneficiary. It has managed to form a broad alliance against Iran in the region, and this alliance has been officially recognized and even seen positive by the Arab countries. Israel was able to force Arab countries to recognize its illegal sovereignty in the occupied Palestinian territories and invalidated the two-state solution proposed by the United Nations and the Arab Peace Plan of 2002. Recent events have separated the Palestinians from the Arabs and made them easier to swallow.