Eurasia Diary portal conducted an interview with Irfan Kaya Ülger regarding the current developments around Armenia-Azerbaijan conflict over Nagorno-Karabakh. 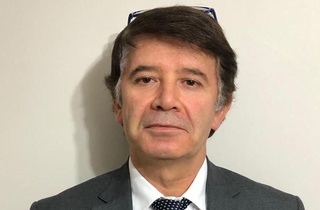 - İrfan Bey, we first ask you to express your opinion on the Armenian aggression against innocent civilians in Ganja and other cities of Azerbaijan.

In the first half of the 1990s, Azerbaijani territories around Nagorno-Karabakh were occupied as a result of Russian logistics and ammunition assistance. It should be noted that 20% of Azerbaijani territory has been under Armenian occupation for nearly 30 years. While the status quo continued, the clashes started at the end of September with the attack of the Armenian forces in the occupied areas to Azerbaijan. In retaliation to the enemy, Azerbaijani armed forces liberated some regions from occupation. If the Azerbaijani armed forces have not been prevented, all occupied areas could have been liberated for 1 month.

In the meantime, before and after the Russian mediated ceasefire, missile attacks were launched from Armenian lands to Azerbaijan's industrial facilities, Baku-Tbilisi-Ceyhan pipeline, Mingacevir watershed and civilian settlements. These attacks were carried out directly from within Armenia, not by the Armenian forces deployed in Nagorno-Karabakh or the occupied territories.

The aim of attacks is to trap Azerbaijan in initiating an attack on Armenia, which could lead Russia to intervene in the conflict in accordance with terms of the Collective Security Treaty Organization. In other words, the purpose of the attack on innocent civilians is the spread of war and Russia's consequential intervention in this conflict. Moreover, attacking the civilian settlements in a war violates the Geneva Conventions. The Prime Minister of Armenia Nikol Pashinyan committed a war crime. For this reason, he must be tried at the International Criminal Court in The Hague.

Turkey is a country that is not desired to be seen in the negotiation process on the solution of Nagorno-Karabakh conflict. Neither Russia, nor other Co-Chairs of the OSCE Minsk Group - France and the United States - support the participation of Turkey in the negotiations. The OSCE Minsk Group as the representative of the international community has been operating for 25 years in order to find diplomatic solution to the conflict, however unsuccessfully.

I also believe that the Co-Chairs of the OSCE Minsk Group do not want a solution on Nagorno-Karabakh conflict. More precisely, the solution they want is not the end of the occupation. Their aim is to ensure the acceptance of the so-called Nagorno Karabakh autonomous administration by the international community. In other words, they aim to prepare the Nagorno-Karabakh region for being an independent structure as like the case of Trans Dniester within the framework of the "right to self-determination". The President of Azerbaijan gave the green light for returning to the early 1990s status of Nagorno-Karabakh. However, the Minsk Group thinks differently on this issue. I believe that their aim is not a solution; they want to move the so-called Armenian administration of Nagorno-Karabakh region towards a structure similar to the so-called Trans Dniester Russian administration in Moldova. They want to realize such a project into practice with the support of Armenian Diaspora and Western states.

Turkey should be involved in the negotiating table on the solution of Nagorno-Karabakh problem. In the current situation, all of the Co-Chairs support Armenian position. Turkey’s involvement in the negotiating table is to prevent unfair position against Azerbaijan and find just solutions to the conflict.  Turkish government supports the solution of the conflict on the basis of 1993 UN Security Council resolutions. According to the resolutions, the Nagorno-Karabakh territory and seven adjacent regions occupied by Armenia are de-jure parts of the Republic of Azerbaijan. After the end of occupation, Armenians living in Nagorno-Karabakh may be granted autonomy. It is essential that the government of Azerbaijan should be accepted as supreme authority. Minorities exist within every state, more or less. Karabakh Armenians can also live democratically in Azerbaijan with recognizing the state's authority. Turkey has a reasonable and rational approach to this issue. Armenian Diaspora accuses Turkey of plotting to remove ethnic Armenians out of Nagorno-Karabakh and trying to conquer that territory. However, Turkey has had strong experience on this issue since the Ottoman Empire and seeks a democratic Azerbaijan, where the rights of minorities are protected.

- Some experts in Azerbaijan consider that France should be removed from the OSCE Minsk Group Co-Chairs. What is your opinion about this?

The OSCE Minsk Group needs to be restructured and Turkey must be involved in it. Under the current circumstances, the Co-Chairs of the Minsk Group are Russia, France and the United States.

France is not neutral on the Karabakh matter. The political arena in France for long-term has been influenced by the lobbying activity of Armenian Diaspora and different governments in this country have exhibited pro-Armenian attitudes. In addition, it is possible to say the same about the United States. Pressuring the US administration, the Armenian Diaspora prevents officials of the US from keeping a neutral and impartial attitude.

On the other hand, Russia does not want the Nagorno-Karabakh conflict to be resolved, because it sees the South Caucasus as its backyard. The solution of the problems and the emergence of stability in the region will reduce the need for Russia. Russia desires the continuation of political conflicts and economic difficulties in the Caucasus as well as wants to see the regional states to be subordinate to it. From this point of view, it can be understood that the administration of the OSCE Minsk Group is extremely unfair. I consider that at least France or the United States should leave the Co-Chairship of the OSCE Minsk Group and allow Turkey to take up this position.

Only with this way, the door to a fair and democratic solution to the Nagorno-Karabakh problem will be opened.