The agreement on lifting visas and passports shows the level of mutual trust between Azerbaijan and Turkey - Expert | Eurasia Diary - ednews.net

Apophis meteor will gently pass by Earth tonight - experts warn it could collide with our planet in future
Read: 6821 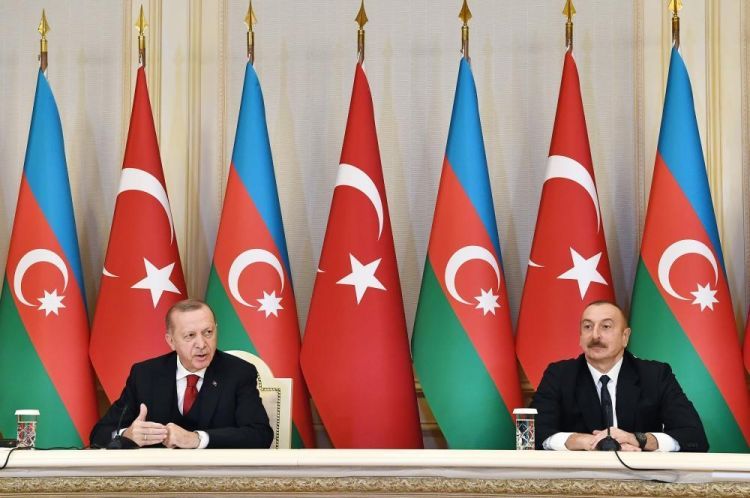 On December 10, the great parade was held in Baku on the occasion of Azerbaijan army’s victory over Armenian occupying forces in the Second Karabakh War. In parade, the President of Turkey and Turkish military personal also participated. After that, the ceremony of signing new important documents was organized, which is directed to pave robust way for the strengthening of brotherhood cooperation between Azerbaijan and Turkey.

Eurasia Diary conducted an interview with Turan Gafarli, researcher at the TRT World Research Centre regarding the perspectives of diplomatic relations between Turkey and Azerbaijan.

- Do you think that Ankara’s contribution to the victory of Azerbaijan in the Second Karabakh War led up to Turkey being new geopolitical actor in the region of the South Caucasus?

- I believe that Turkey was always an actor in the South Caucasus. However, now there is a new reality. Turkey supported Azerbaijan with a different and better approach than the previous years. Indeed, Turkish support was unlimited but mostly based on diplomatic support. Ankara will be playing counter-balance role against Russia which is supporting Armenia and I hope Turkey’s role will be greater than predicted. In any case Turkey also actively returned to the region after almost a century and Azerbaijan can feel safer than ever.

- According to documents signed by the governments of Turkey and Azerbaijan, Turkish companies will engage in the reconstruction of the areas of liberated territories. How do you assess the potential role of Turkish companies to take part in the restoration processes in Karabakh?

- I think Turkish companies will be one of the winners of the post conflict reconstruction. Armenian occupation resulted with the destruction of Azerbaijani towns and villages. Now, the country must work along with infrastructure companies to rebuild the region before return of the refugees. Therefore, it is crucial to use Turkish experience and quality in this case. On the other hand, it is a good way to enhance business ties with Turkey as well. On November, the business magnates of Turkic World, especially Turkey, visited Baku in coordination of the Turkic Council. Therefore, I guess these projects will lead something bigger in the near future.

- You know that one of the important documents signed by Foreign Ministers of Turkey and Azerbaijan is to lift visas and passports, and to allow the citizens of both sides to use ID cards in travel. Do you think that this step will be pivotal target for the strengthening of further mutual cooperation between Turkey and Azerbaijan?

- It is absolutely great deal that shows the level of mutual trust. Turkish citizens can travel to some countries already with their ID card, as an example I can say Ukraine. Therefore, finally achieving the same level of trust with Azerbaijan is exceptional. This can be followed with greater economic cooperation in customs, trade and tourism. It is also ideologically important as well. First time in the modern history, Azerbaijani and Turkish citizens will get the chance for interaction in the easiest way. This will be perfect for ordinary citizens and especially Azerbaijanis in Nakhichevan due to proximity. Overall, counting new corridor from Azerbaijan to Nakhichevan and infrastructure projects such as Baku-Tbilisi-Kars will bring Azerbaijan and Turkey together like never before.

- Turkish and Azerbaijani officials also signed the Memorandum of Understanding on the development of cooperation between two countries in the field of Media. Generally, how do you assess the mutual relations between media agencies of Turkey and Azerbaijan?

- Media coverage, especially by the Turkish media, of the Karabakh War showed us how media is important to reflect the stance of a nation to the world. Turkish media’s role during the conflict is undeniable. This MoU will contribute to the development of these relations. Furthermore, it will help Azerbaijani media to develop itself by working along their Turkish counterparts. On the other hand, it will regulate possible anti-Azerbaijani stance in the Turkish media. Thus, it is a fantastic opportunity that became reality. Overall, Azerbaijan can gain a lot from this MoU and take examples from the professionality of Turkish media conglomerates and public broadcaster TRT.

- The governments of Azerbaijan and Turkey mull the building of new gas pipeline that cross via the liberated territories through Armenia to Nakhchivan and from there to Igdir. How do you think that could it be realized in case of lack of strong reconciliation process between Armenia and Azerbaijan?

- This pipeline is actually planned earlier this year and tendered in summer. So actually, it will not pass through new corridor and it has no relation to Armenia. This will help Nakhichevan to be less dependent on Iranian gas. So, the Azerbaijani gas that already being sent from Azerbaijan to Turkey via TANAP and other pipelines will be diverted to Nakhichevan as well from the new built Igdir- Nakhichevan Pipeline.