The decision of the US, the fate of Afghanistan - who is the new lion of the desert? | Eurasia Diary - ednews.net

Troops and equipment are leaving Afghanistan, days ahead of the official start of the U.S. withdrawal, the White House said Thursday, marking the beginning of the end of America’s longest war.

“A drawdown is under way,” White House deputy press secretary Karine Jean-Pierre told reporters aboard Air Force One, as President Joe Biden headed to Georgia Thursday for a rally.

“It will be deliberate and conducted in a safe and responsible manner that ensures the protection of our forces,” she said. “Potential adversaries, should they attack us, our withdrawal, we will defend ourselves, our partners, with all the tools at our disposal.”

Also Thursday, a NATO official confirmed to media sources that some of the 7,000 troops sent to Afghanistan as part of the multinational Operation Resolute Support had also left the country.

This gap is already exacerbating the threat in Afghanistan. With the withdrawal of the army, the Taliban have already begun to pose a serious threat on the streets. The restless Talian leadership threatens the government and even says it is targeting the government directly if NATO troops withdraw.

Now is the time to make a big choice; either supporting the Afghan National Army or an alternative option that will fill the gap left by NATO troops. According to last week's plan, a summit on elections had to be held in Turkey. The names of Turkey and Pakistan were also in some discussions. However, for some reason the meeting was cancelled. Another issue is that the United States and the Taliban are concerned about the deployment of Turkish troops in Afghanistan. In fact, the United States is not completely comfortable with the presence of the Pakistani army in Afghanistan. That's why US officials have been reluctant to come back on this issue and suddenly turn to Kazakhstan, Turkmenistan, Uzbekistan and other unrelated neighbours to be engaged in this conflict. 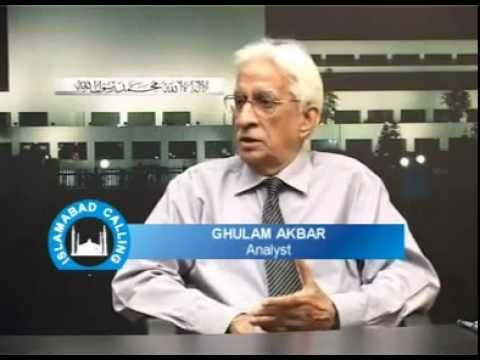 - US NATO troops are already withdrawing from Afghanistan. Although the Afghan National Army is said to be well-trained, Taliban forces are going to cause threat on the roads. Do you think the Afghan army will be able to cope with the Taliban troops alone?

- Afghanistan has been an occupied country since 2001. Generally governments in occupied countries are not expected to be honest with their reflections and also to be representatives of broader public opinion. There are two types of Afghanistan: First is urban, second is rural.

Urban Afghanistan is not designed to defend itself against Rural Afghanistan without foreign help. If a formula can be negotiated that facilitates transfer of power on the basis of ground realities Taliban will not threaten Kabul’s America-backed ruling elite.

Although USA and NATO allied forces tried their best to train Afghan army but there are some serious issues of capacity building in the ranks of it. Moreover, continued deadly onslaught from Taliban and unending Spring Offensives have seriously damaged its tactical and operational capacities.

- Pakistan and Turkey can jointly play a significant role in this issue. Furthermore it should be remembered that Afghanistan and Pakistan are home to tribes that have both faith relations and blood relations.

Besides that, the governments of Pakistan and Turkey have been striving hard to achieve desirable goal of sustainable peace, stability and harmony in Afghanistan. Both sides have been advocating an Afghan lead and Afghan own resolution of Afghanistan in which every main stakeholder and faction will be honoured. Despite rigorous diplomatic efforts of both the countries, somehow Taliban could not attend the most recently held dialogue/conference in Turkey due to which there is doom and gloom.

The end game of Afghanistan clearly demonstrates that both sides including the Republic of Uzbekistan, Iran, Russia and even China may form a joint defence strategy/shield to replace the US in Afghanistan after its withdrawal. But the widening trust deficit among the Afghan government, different factions of Taliban and Northern Alliance should have to be kept in mind.

- Previous day, Salmay Khalilzad, the US special representative for reconciliation in Afghanistan, called on Afghanistan's neighbours to take steps to give a support for peace and stability in the region. Following this, US Secretary of Defence Lloyd Austin addressed the official Islamabad for engagement in talks with the Taliban. Do you think this could be a message to neighbouring Pakistan?

- On its part Pakistan has been doing great job for inter and intra-regional reconciliation since long. Pakistan has been advocating the Afghan-lead and Afghan-own solution of the ongoing conflict. But personal interests and whims & wishes among the different stakeholders and regional power brokers do not support this noble idea. Seemingly all neighbours are supporting the ongoing peace process but chess board of power politics is one of main stumbling block in it. Moreover, huge differences among the various factions of Taliban on various issues of the system, mode of governance, power sharing formula, role and scope of women empowerment, criteria of foreign policy and banking and financial management are the real hurdles in achieving the end goal of peace, stability and harmony in Afghanistan.

-  According to another source, US Secretary of State Anthony Blinken said that Pakistan, Russia, China and Iran are waiting for an opportunity to intervene in Afghanistan at any time. He called on Afghanistan's neighbours Kazakhstan, Uzbekistan, Turkmenistan and Tajikistan to support Afghanistan in this endeavor.

- The USA and Central Asia Region has C+1 & 5 Strategic partnership due to which it considers it even valid to have lion share in Afghanistan after its withdrawal from it. On part of Uzbekistan it has been supporting peaceful transition in Afghanistan through socio-economic assistance, projects of regional connectivity and political support through dialogue and diplomacy. Turkmenistan has also been active in constant economic assistance to Afghanistan through extended energy cooperation, massive projects of regional connectivity and hosting of various track-II meetings among the different player of the end game but its permanent neutral status will not allow it to act beyond its capacity. Kazakhstan has its own massive socio-economic and geopolitical commitments with China through BRI and would not be in position to play any substantial role in Afghanistan. In this context, Russia, China, Iran, Pakistan and Turkey may be important to bring peace and stability in the region.