The great Patriotic War of Azerbaijan or the liberation of Karabakh from the occupation of Armenia and the post-war situation in the region as well as the political relations of Azerbaijan has been focus of interest all over the world. During the war also Turkey and Pakistan has been always by Azerbaijan's side.

In this regard, EDNews.net has interviewed Pakistani political analyst Muhammad Asif Noor. 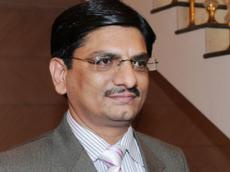 - How do you see the geopolitical balance of forces in the South Caucasus after the end 44-day war?

- In my view, after the victory of Azerbaijan, the geopolitical balance in the South Caucasus region has become balanced. The war has brought much-needed deterrence in the region to stop the Armenian aggression.  The geopolitical balance is in the favor of Azerbaijan right now as the country has upheld and restored peace and stability in the region.

- Do you suppose that the 44-day war culminated by Azerbaijan’s victory became the end of the Armenian-Azerbaijani conflict?

- Well, the conflict is over but the aggression of Armenia is not over. The international community should be careful of the brewing threats from Armenia especially after the victory of Azerbaijan.

- As you know, within the framework of trilateral military cooperation, Turkey, Pakistan, and Azerbaijan began eight-day joint military exercises on September 12. How do you think the Pakistani Army can teach the Azerbaijani Army?

- Such military cooperation and engagement are necessary steps to share professional knowledge and the latest details about war and strategies. Pakistan and Azerbaijan have strong strategic and professional linkages and over the years these relations have improved and increased the learning process. Many Azerbaijani cadets have also got training from the National Defense University in Islamabad and there are also professional exchange programs including joint military exercises.  It’s a mutual learning process and there is no one sharing with the other but it’s from both sides.

- As you know Pakistan and Turkey supported Azerbaijan during the 44-day War in September last year. Was the fact of Azerbaijan's victory expectable for you? Could you also please explain the reason whether yes or no?

- Well, in war you cannot predict a victory. War always brings chaos and instability. It’s due to aggression of Armenia that Azerbaijan retaliated. The war was imposed on Azerbaijan and as a right of self defence had to retaliate and reply back with full force. It is also important to look at that only innocent people die and fact the brunt of war. The aggressive political forces in Armenia do not release that they are putting their own people and the people of the region in the brunt of war. This should be stopped at any level. I must encourage the international community to play their role in this regard to maintain peace and stability.

- At what level is the military-technical cooperation between Pakistan and Azerbaijan and in what sphere our countries could cooperate?

- Pakistan and Azerbaijan having strong military cooperation. There is an urge to collaborate on defense production. Both states have established Working Group on military cooperation and there are several rounds of talks has been organized and held. Pakistani military trainers have trained many Azerbaijan military cadets. There are also talks going on about the purchase of JF-17 Thunder From Pakistan by Azerbaijan. There is also interest from Azerbaijan in the purchase of the Super Mushak trainer aircraft. According to the legal basis for such military cooperation, both sides have signed an agreement of cooperation in military and defense fields in  2002. Azerbaijan also participated in Naval Exercise “AMAN 2013” organized by Pakistan in March 2013. In 2014 another bilateral military agreement was signed and later the joint working group meetings were held regularly in Islamabad and Baku.