Turkey is of importance for ensuring security, safety and peace in Afghanistan - Expert - ednews.net

It should be noted that Muttaqi led a Taliban delegation on an official visit to Turkey on Thursday to discuss bilateral issues and cooperation on the future of Afghanistan.

Turkish Foreign Minister Mevlut Cavusoglu and Muttaqi had a meeting where they discussed issues related to the official recognition of the Taliban and assets belonging to Afghanistan that were blocked by the US.

The leadership of Taliban believes that not only Pakistan, but also Turkey is of importance for Taliban to ensure peace, security and safety, as well as the economic prosperity and social welfare in Afghanistan.

Eurasia Diary conducted an interview with Goktug Caliskan, Turkish expert on international relations regarding the possible cooperation between Turkish government and Taliban. 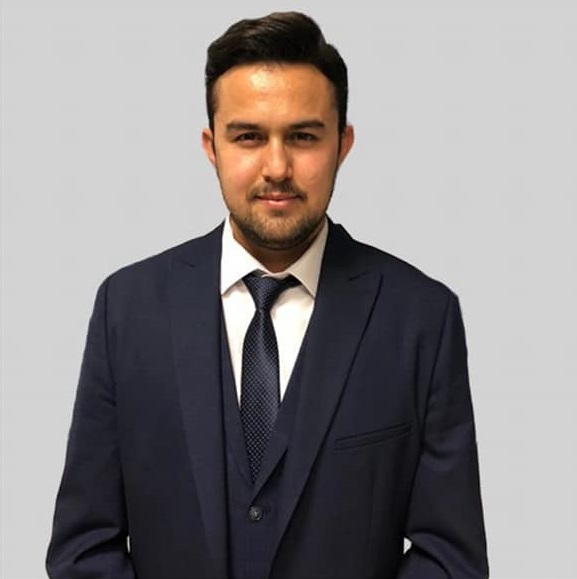 - First please tell us, do you think that Ankara could engage in the works of the reconstruction and restoration in Afghanistan through the cooperation with the Taliban government?

The meeting between the Turkish government and representatives of Taliban emphasizes the importance of ensuring access of Kabul airport to international transportation for providing Afghanistan with humanitarian aid and the continuation of its contact with the international community.

At the meeting with Taliban “Foreign minister” Amir Khan Muttaqi and his delegation, the issue of humanitarian aid was discussed at first. Our Foreign Minister Çavuşoğlu also made a positive statement on this issue after these meetings. It should be noted that the issue of humanitarian aid is of importance for the safety and well-being of Afghan people, because the economy of the country has collapsed and it will not have survived for the long-term. Even if the international community does not officially recognize the Taliban government, they should be involved in the humanitarian activities in Afghanistan.  Millions of Afghans should not sustain from starvation and poverty.  The collapse of the Afghan economy has led to serious social and humanitarian catastrophe in the country. In addition, there is a dangerous political vacuum in Afghanistan that strengthens the activities of terrorist organizations, especially DAESH in the country. For these reasons, Turkey will cooperate with the Taliban government to provide necessary humanitarian aid and ensure human rights, protecting the safety of vulnerable groups in Afghanistan, especially the rights of women and children. Even if Turkey does not recognize the Taliban government, Ankara will help Afghan people to survive and prevent the massive Afghan migration.

- How would it be possible for the Turkish government to invest and carry out the different projects in Afghanistan under the leadership of Taliban?

Turkey will provide humanitarian aid for the people of Afghanistan and fulfill other projects to enhance the economic development of Afghanistan. The Turkish government will try to not allow the rise of terrorist organizations in Afghanistan. I believe that the Turkish government and companies will realize the efficient investments and humanitarian aids bringing prosperity and welfare to Afghan people. Turkey will not be silent about the miserable situation in Afghanistan, because millions of people's lives are at stake there. At the same time, Ankara will take the responsibility to thwart the massive migration of Afghan people. Therefore, it is important for Turkey to take control of Kabul airport. The airport in Afghanistan should be put into operation, which paves and secures the way for arrivals and departures to the country. Turkey will not spare its efforts to play a constructive role in the ensuring prosperous future of Afghanistan.

The Taliban wants to see Turkey to be involved in the activities of reconstruction and restoration in Afghanistan, because they believe that Turkey has a strong and effective economy. The leadership of the Taliban thinks that the Turkish government and companies can play an active and vital role in the economic, social and humanitarian development in Afghanistan. The so-called government is requesting assistance from Turkey to save the country from a disastrous political and economic situation. Despite the possible cooperation between the Turkish government and Taliban, it is still a question whether Turkey will recognize the Taliban government. Turkey is of importance for ensuring security, safety and peace in Afghanistan. Turkey can play a strong and firm role in the enhancement of economic and social development in Afghanistan. Turkey could be exemplary to Afghanistan in the issue of human rights and democratic governance. Turkey's assistance to Afghanistan and the Afghan people is indeed of great importance for the Taliban, who first want to implement emergency aid and then restore the economy.