A full-scale invasion of Russia will lead to a fierce resistance from Ukrainian population - Expert - ednews.net

Syrian Armenians have no future in Karabakh - Details of the Artificial Settlement
Read: 246

Norway to step up cooperation with EU to ensure additional gas supplies
Read: 177 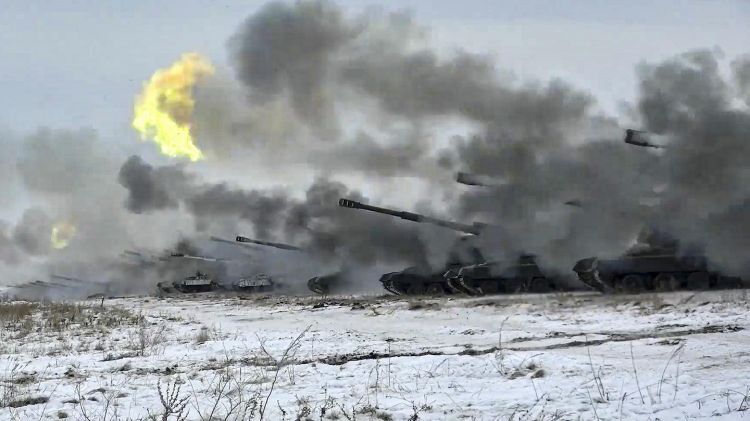 On 21 February, Russian President Vladimir Putin signed an order on the recognition of the independence of the so-called Donetsk and Lugansk regimes in Ukraine. It was a next step by the Russian Federation to intervene in the territory of Ukraine in violation of the norms of international law. On the same day, President Vladimir Putin signed military agreements with the separatist regimes to provide them with military aid. Under Putin's order, Russian troops have been sent to Donbass.

Eurasia Diary presents an interview with Sebastian Schäffer, expert for Eastern and Central Europe regarding the impacts of Russian aggression on the current and future developments in Eastern Europe.

- Please tell us, what is the main aim of Russia’s recognition of the independence of the so-called Donetsk and Luhansk regimes?

- I would say there are several aims to this. First of all, of course the further application of divide and conquer. To bring more territory under the control of the Russian Federation. Second, it is of course the further destabilization of Ukraine, which according to the Russian President should not have any statehood. Ultimately it is also targeting the increase of Moscow’s sphere of influence and geopolitical ambitions.

- Do you think that after the deployment of Russian Armed Forces in Donbass, will Ukraine face the serious attack of Russian troops, especially from the direction of Belarus and Black Sea?

- It certainly cannot be ruled out. Nevertheless, I believe that a full-scale invasion will lead to fierce resistance from the Ukrainian army and population in general. It is much better equipped and also trained than 2014 and hopefully the reaction from the EU, US and also UK will be much more unified with regards to sanctions and other consequences. It is an overall unfathomable situation for me  and Ukraine needs our full solidarity to prevent any further escalation.

- You know that the United States, the United Kingdom, Turkey and other European countries have provided the Ukrainian army with advanced weapons. At the same time Ukrainian military units, together with NATO forces held a series of drills. However, Ukrainian troops have not been ready to launch the large-scale operation to neutralize all separatist elements in Donbas. What is the main reason for that?

- Because Ukraine doesn’t want to escalate the situation. It was clear that there would be no possibility to comply with the Minsk agreement, if Ukraine would try to take back the separatist territories by force. The Kremlin did nevertheless falsely warn of such a development and used it for a pretext to recognize the separatist regions and ultimately send troops. I can only stress that there should be no doubt about who is the aggressor here: the Russian Federation. But at least now the cards are on the table and the Kremlin has officially become an active combatant.

-  What further threats would Russia pose to the security and stability in Easter Europe in the near future?

- I honestly do not know. Probably very few people do, maybe only Putin himself could answer this question. I did not want to believe that such a development would be considered a feasible option from the side of the Russian Federation, nevertheless they chose to recognize the separatist regions and even send troops. The public display during the Security Council meeting of the Russian Federation, which then led to the recognition worries me that the whole administration seems to be completely unhinged and willing to make further unreasonable decisions.

- According to some experts, after the strengthening of the Russian army in the region of Donbass, the Kremlin will try to annex Donetsk and Luhansk with Russia by referendum. What do you think about this?

- I think that this is one of the possible developments. We have seen this before and we should be very concerned about what such a development would mean for further breakaway regions and the stability in other countries of the region.