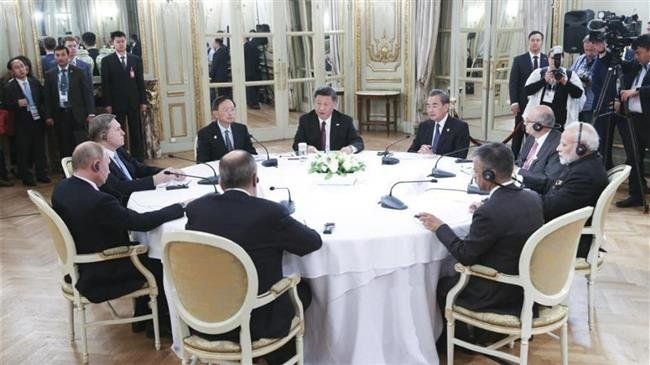 Leaders of China, Russia and India have held an informal meeting on the sidelines of the G20 summit in Argentina to discuss cooperation in various areas.

The trilateral meeting, the second among the three countries after a gap of 12 years, also called for reforming multilateral institutions, which have benefited the world, the United Nations and World Trade Organization.

The Chinese leader described China, Russia and India as “major countries of important influence,” and said they were each other's strategic cooperation partners.

The three countries have extensive common interest and similar development goals, and bear great responsibility for the future of the region and the world as a whole, according to Xi.

The Chinese president also noted that common development and close cooperation among the three countries under current geo-economic tensions had become an increasingly important force for stability and certainty in the transformation of the world landscape.

Putin, for his part, said Russia, China and India were friendly countries to each other and had developed sound relations based on equality and mutual respect.

The Russian leader called on the three countries to dedicate themselves to building a fairer and more just international system, as well as strengthening cooperation in economy and finance and on issues on the G20 agenda.

India's Modi highlighted major issues faced by today's world and said there were increasing uncertainties on the international horizon, with rising unilateralism posing challenges to multilateralism.

The Indian prime minister said developed countries had failed to meet their assistance commitments to developing countries, and that there was a long way to go before the realization of the 2030 Sustainable Development Goals.

"It was a very warm meeting, it was a very positive meeting. Prime Minister thanked President Putin for initiating this effort and all three leaders felt that given our respective roles as emerging economies and emerging markets, given our respective roles and influence in the world in terms of maintaining peace and stability in the region that it was perhaps important that the three countries should cooperate and coordinate in various areas in order to contribute to global peace and prosperity," Indian Foreign Secretary Vijay Gokhale told media after the meeting.

"At the end of the meeting it was the sense of the three leaders that the meeting has been very useful and such meetings should continue in the future in the margins of international conferences," he added.

The leaders of the three countries also addressed global challenges such as terrorism and climate change, calling for peaceful resolution of all differences.