Russia sees prospects for Turkey, Syria to agree on operation near border 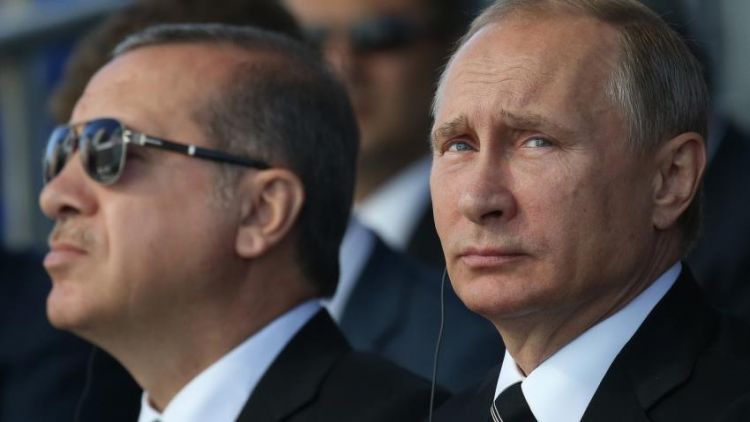 Russia considers it possible for Syria and Turkey to agree on providing security along their common border after the withdrawal of the US forces from northeastern Syria, Russian Foreign Minister Sergey Lavrov said on Monday during a press conference after negotiations with his Kazakhstani counterpart Beibut Atamkulov.

"The problem of security on the Syrian-Turkish border sparked chiefly due to the US’ decision to withdraw units accountable to it, its special forces and its military advisors from these areas," he said. "The situation definitely requires urgent steps to prevent vacuum there."

"We consider it quite possible for Turkey and Syria to use the Adana agreement between them as of 1998," the Russian foreign minister went on. "As I understand, the Syrian government made a statement recently on the readiness to work on the basis of this agreement to provide security regime along the border."

Lavrov highlighted that "security should be the only task of this specific operation to provide regime along the border." The Russian foreign minister noted that the planned operation "should be a step toward the most reliable and stable settlement of the problem, the restoration of Syria’s control over the corresponding areas, the way it should be done in other parts of the country as well."

Ankara is afraid that after the US’ withdrawal from the northeastern part of Syria the Kurdish units formed there will start attacks on Turkish territory and plans to carry out a preventive military operation for this purpose. Syria earlier opposed Turkey's military presence on its border, regarding it as occupation. On December 29, 2018, a high-level meeting between Russia and Turkey involving foreign and defense ministers and intelligence chiefs was held in Moscow. According to a TASS source, Turkey preserved the plans to conduct a military operation in the northeast of the country after the withdrawal of the US’ forces, whereas it was planned to transfer Manbij, which is located westward, under the control of the Syrian government.

The Adana agreement stipulates Turkey’s right to carry out small-scale trans-border operations against terrorists in the Syrian border zone.