Russian air defense systems were ready to shoot down US bombers a few days ago
Read: 1046

American expert: - China is the only nuclear state that has declared no first use of nuclear weapons
Read: 944

The President recalled that the industry is focusing on developing modern aviation equipment, which determines the combat capabilities of the Russian Air forces for the decade to come. 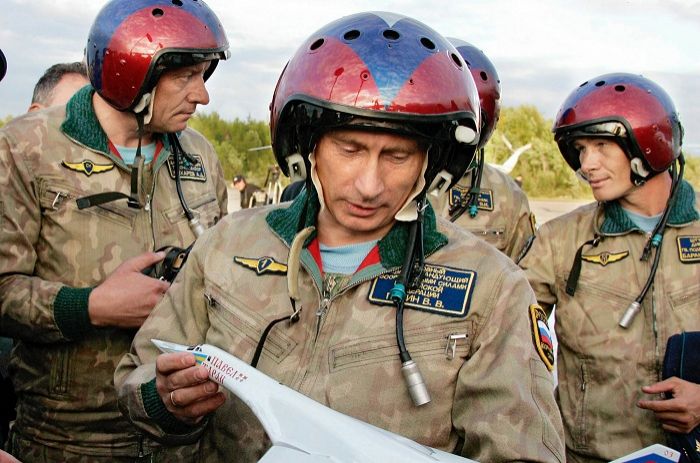 Seventy-six Su-57 fifth-generation fighter jets will be purchased for Russian Air Forces before 2028, a package contract will be inked in the near future, Russian President Vladimir Putin said opening a regular defense meeting, TASS reported.

"The 2028 arms program stipulated the purchase of 16 such jets," Putin recalled. According to him, having assessed the situation, Defense Minister Sergey Shoigu reported that manufacturers reduced prices for both the aircraft and the equipment by 20%, which provided the opportunity to purchase more of these jets. "We have agreed to purchase 76 such fighters without the increase in prices in the same period of time," Putin said.

The Russian leader underlined that the Russian defense industry had not done anything like that in terms of the scale and on the new platform in 40 years. He expressed hope that the updated plans would be fulfilled. "In the nearest future we will sign a package contract to supply 76 such jets equipped with modern weapons of destruction and provided with the necessary land infrastructure," Putin pointed out. He said that by 2028 it is vital to fully rearm three aviation regiments of the Air Forces with the promising fifth-generation aviation systems.

The President also believes that Tu-95 and Tu-160 strategic missile carriers and Tu-22M long-range bomber should be gradually updated. "They should all have the capabilities to not only carry the newest cruise missiles but also other apt means of destruction," Putin concluded.