'US is trying to settle score with China' - Russian Diplomat slams US attempt of bringing up Hong Kong at UNSC
Read: 491

There is no power structure in the world that can deal with issue of this scale - Armenia PM to people
Read: 439 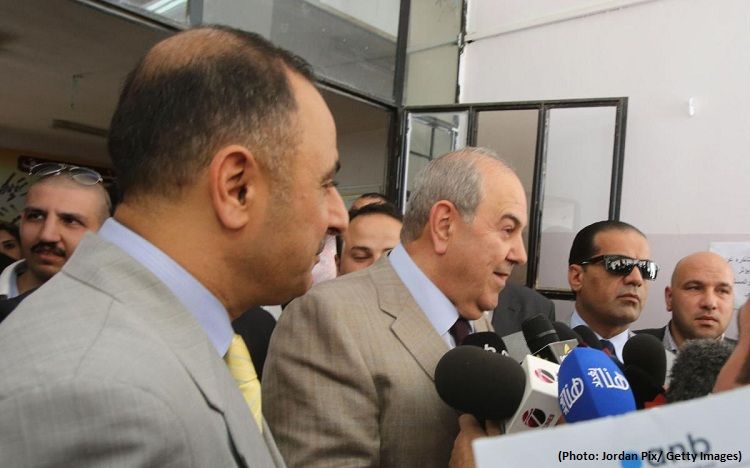 Allawi stated in an interview with Al Sharqiya TV on Wednesday: “A US official told me that the Israeli intelligence spotted missile launchers directed against the Gulf region, in Gaza, Syria, Iran and Basra.”

He explained: “Israel is very concerned about these missile launchers. The Israeli authorities have photographed the rocket launchers and handed the pictures over to the United States. Secretary of State Mike Pompeo cancelled a visit to Germany after receiving the alarming information and passed it over to Iraqi parties.”

Allawi pointed out that the striking detail about the photograph is that the source of the captions is on the ground and not via satellites, about the Israeli agents who took the pictures.

In response, Salah Al-Bardawil, a senior member of Hamas’s Political Bureau, said: “He remained silent for ages, but when he decided to talk he was only able to utter nonsense. He plays the role of a background actor who repeats what his Zionist movie director told him about Hamas’s rockets which are directed against the Gulf States!”

Al-Bardawil wondered: “What happened to those Arabs? Or, was the darkness of their ill intentions stirred by the winds of sedition, as Allah decided to have mercy on our souls and set the malicious apart from the good?” He insisted: “We do not direct our weapons against our chest, Allawi.”

Allawi’s controversial statements come at a time when tension between Washington and Tehran escalated in recent days following the Pentagon’s announcement of the dispatch of USS Abraham Lincoln aircraft carrier and bomber aircraft to the Middle East, after receiving intelligence information that Iran is preparing to carry out attacks that could target US forces or interests.

The situation was aggravated by the announcement of the UAE that four of its merchant ships have been sabotaged near the emirate of Fujairah on the outskirts of the Strait of Hormuz and the attacks by the Yemeni-backed Houthi militia on Saudi oil facilities.