'US is trying to settle score with China' - Russian Diplomat slams US attempt of bringing up Hong Kong at UNSC
Read: 491

There is no power structure in the world that can deal with issue of this scale - Armenia PM to people
Read: 439

UK Labour Party breaks off talks with Theresa May

Britain's opposition Labour Party says talks with Prime Minister Theresa May on the Brexit stalemate have reached the limit. Labour leader Jeremy Corbyn said the government was too unstable for any deal to be secured. 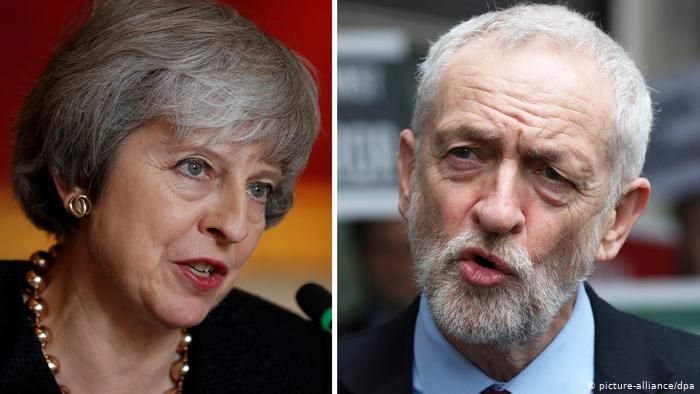 The leader of Britain's opposition Labour Party, Jeremy Corbyn, on Friday announced the end of six weeks of fruitless negotiations with Prime Minister Theresa May to find a compromise deal on the conditions of the country's departure from the European Union.

Corbyn said in a letter to May that the talks had "gone as far as they can" and pointed to "important policy gaps" between the two parties.

May's Conservative Party's moves toward choosing a new leader had made the government "ever more unstable" and he had little confidence in its ability "to deliver any compromise agreement," Corbyn wrote.

He said that although he would "carefully consider any proposals the government wishes to bring forward to break the Brexit deadlock," he would continue to oppose the deal as it stood.