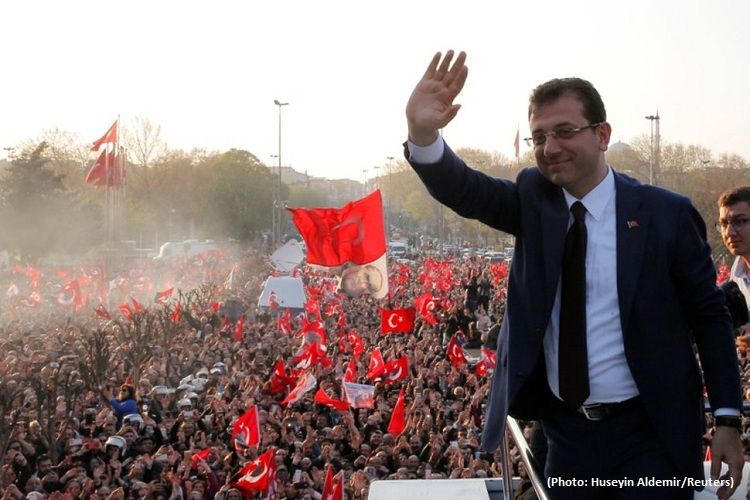 A small Turkish communist party withdrew its mayoral candidate for next month’s Istanbul election in favor of the main opposition party, which won a initial March election by a narrow margin, calling the decision to re-run the vote “unlawful.”

The Istanbul mayoral candidate of the TKP, Zehra Guner Karaoglu, received 10,492 votes in the March 31 local election, which was won by the Republican People’s Party (CHP) candidate Ekrem Imamoglu. He beat President Tayyip Erdogan’s AK Party candidate by some 13,000 votes but his victory was annulled.

“The government didn’t like the results of the election won by Imamoglu and canceled it. This is a tyranny that exceeds the accustomed patterns of politics,” Karaoglu told her party’s newspaper after submitting her withdrawal application to the election board.