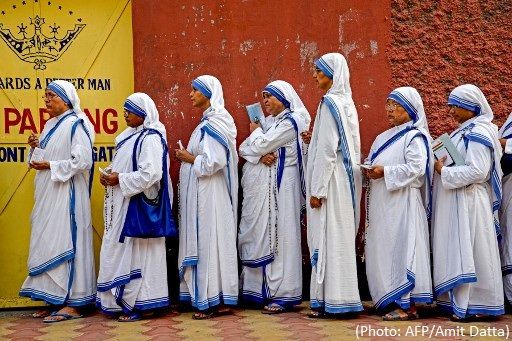 Voting in one of India's most acrimonious elections in decades entered its final day Sunday as Hindu nationalist Prime Minister Narendra Modi scrambled to hang on to his overall majority.

The seventh and final round of voting ended the world's biggest election with 900 million eligible voters from Goa's beaches to Mumbai's slums and Ladakh's Himalayan monasteries.

Heavy security was imposed in West Bengal, which has seen street battles between followers of Modi's Bharatiya Janata Party (BJP) and opposition groups.

An improvised bomb was thrown from a motorbike at one polling booth in the state capital Kolkata but no one was injured, officials said.

One group attacked a makeshift BJP office in the city and police also cleared other activists blocking polling stations.

Modi's constituency in Varanasi, the holy city in Uttar Pradesh state, was also among those to vote.

The conservative BJP has campaigned aggressively on Modi's strongman image and played up recent cross-border air strikes against Pakistan. The opposition, led by the Congress party and its leader, Rahul Gandhi, have accused him of pursuing divisive policies and neglecting the economy.

Modi and Gandhi have hurled insults at each other on a near daily basis with the prime minister calling his rival a "fool" while Gandhi derides Modi as a "thief".