Unknown fighter jets tried to attack the Russian air base in Syria
Read: 645 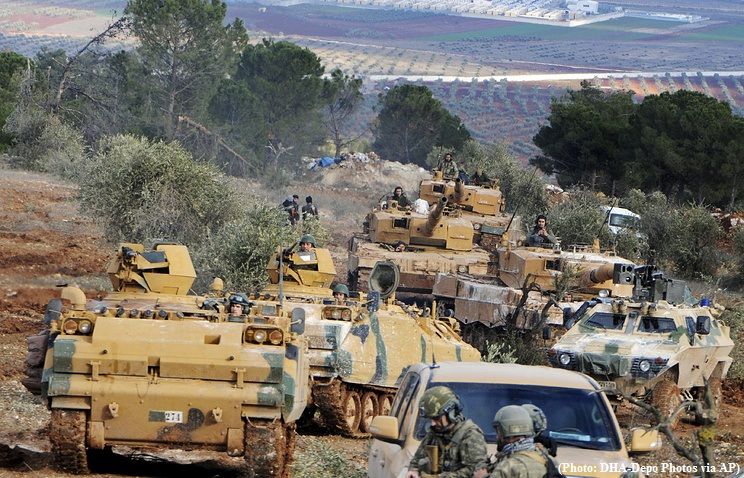 Ankara requested Moscow’s assistance to ensure the security of its military after terrorists had shelled a Turkish army observation point in Syria’s Idlib, the Russian Defense Ministry said on Thursday, TASS reports.

"Given the lethal threat to its personnel, the Turkish command turned to the Russian Center for Reconciliation of the Opposing Sides, requesting assistance in ensuring the security of its military and carrying out strikes against the terrorists’ positions," the statement said.

The Defense Ministry said earlier that Russian Aerospace Force eliminated large group of militants who shelled the positions of the Turkish Armed Forces in Idlib.