The loss of the four young men is extremely sad and we share grief of their families – British journalist
Read: 1792

Hubble captured a sculped galaxy that is moving away from us
Read: 442

Trump not worthy to respond his message - Khamenei blasts 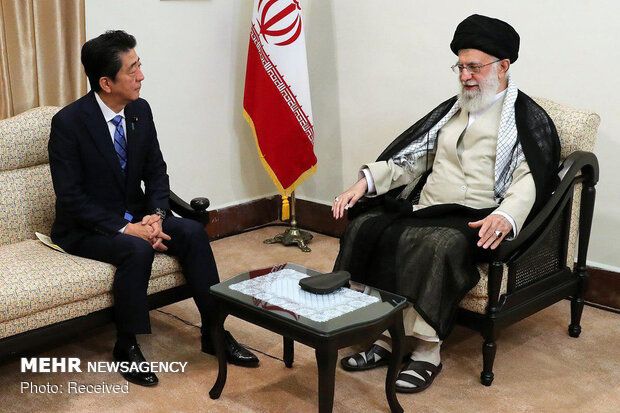 The Japanese Prime Minister told the Supreme Leader In this meeting: "I would like to give you a message from the President of the United States."

According to Mehr News, Ayatollah Khamenei responded by pointing out the ingenuity and untrustworthiness of the United States and argued: We do not doubt your sincerity and goodwill.

However, regarding what you mentioned about the President of the U.S., I do not consider Trump as a person worth exchanging any message with and I have no answer for him, nor will I respond to him in the future.

Ayatollah Khamenei added: "What I am going to say is part of our talks with the Japanese Prime Minister. Because we consider Japan a friend of ours. Although, there are some complaints."

Quoting the Japanese Prime Minister that Trump told him: "The United States is not after regime change in Iran," the Supreme Leader insisted: "Our problem with the United States is not about regime change. Because even if they intend to do pursue that, they won’t be able to achieve it; just as previous U.S. presidents tried to destroy the Islamic Republic of Iran during the past 40 years, and failed. What Trump says, that he is not after regime change, is a lie. For, if he could do so, he would. However, he is not capable of doing it.

Pointing out the Japanese Prime Minister's remarks regarding the United States’ request to negotiate with Iran about the nuclear issue, Ayatollah Khamenei held: "The Islamic Republic of Iran negotiated for 5, 6 years with the United States and the Europeans—the P 5+1—which led to an agreement. But the United States disregarded and breached this definite agreement. So, what common sense would once again allow negotiations with a state that has thrown away everything that was agreed upon?"

Pointing out to the Japanese Prime Minister's remarks that the U.S. is ready to hold genuine talks with Iran, Ayatollah Khamenei told Mr. Abe: "We do not believe that at all. Because, genuine talks would not come from someone like Trump."