Russian T-14 Armata tank could be transformed into nuclear weapon - US
Read: 1010

What does withdrawal of US troops from Iraq mean? - American military expert explains
Read: 619

US, Russia finalize planning for space security exchange at end of July
Read: 555

China responds to US sanctions over Xinjiang
Read: 403

US accusation is attempt to sabotage diplomacy - Iran's FM 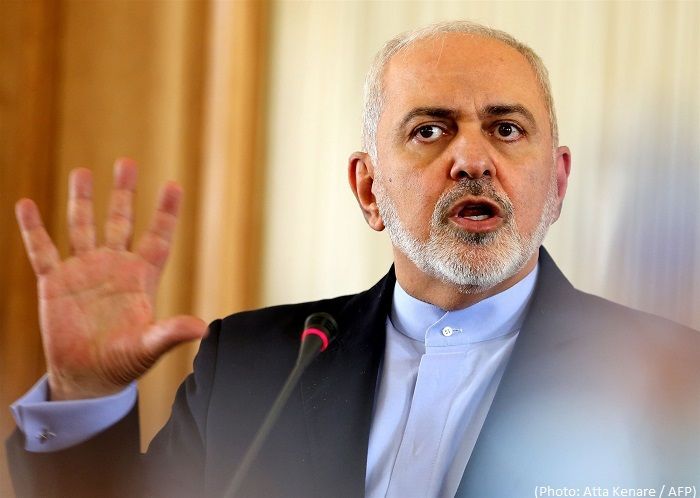 US accusations against Iran over the Thursday attacks on the two tankers in the Gulf of Oman represent an attempt to sabotage diplomacy, Iranian Foreign Minister Javad Zarif said on Friday.

"That the US immediately jumped to make allegations against Iran — without a shred of factual or circumstantial evidence — only makes it abundantly clear that the B-team is moving to a Plan B: sabotage diplomacy — including by [Japanese Prime Minister] Shinzo Abe — and cover up its economic terrorism against Iran," Zarif wrote on his official Twitter account, TASS reports.

On June 12-13, Japanese Prime Minister Shinzo Abe visited Iran. Abe met with Iranian President Hassan Rouhani and Iran's Supreme Leader Ayatollah Ali Khamenei. Experts said that one of the main goals of Abe's visit to Tehran was to mediate the conflict between Iran and the United States.

Two tankers caught fire in the Gulf of Oman on Thursday after a torpedo attack. The crews, with Russian nationals among their members, were evacuated by the Iranian rescue services and taken to the port of Jask. US Secretary of State Michael Pompeo said that Iran is responsible for the attacks.

The Kokuka Courageous tanker, registered in Panama and owned by a Japanese transport company, was carrying methanol from Saudi Arabia to Singapore. The Marshall Islands-flagged Front Altair vessel, owned by Norway's Frontline, was sailing from the United Arab Emirates to Taiwan with petrochemical feedstock.