'Everyone in the region wants to avoid war and military conflict, except Iran' - Saudi Minister | Eurasia Diary - ednews.net

Peace, prosperity and stability in Azerbaijan is significant for the true realization of international projects and UN 2030 Agenda - Qaiser Nawab
Read: 856

'Everyone in the region wants to avoid war and military conflict, except Iran' - Saudi Minister 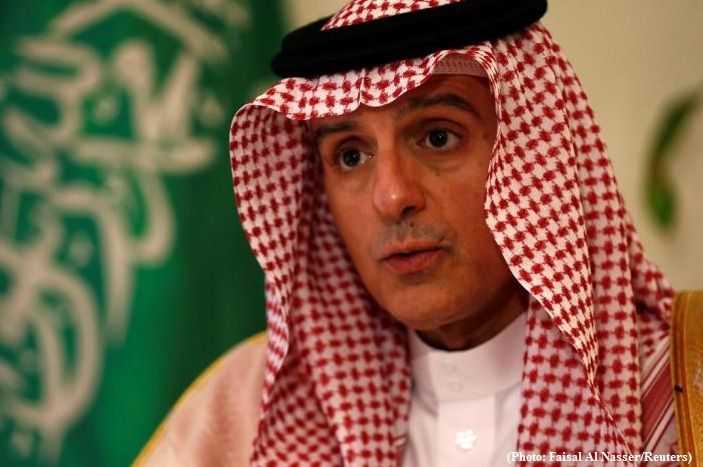 Saudi Minister of State for Foreign Affairs Adel Al-Jubeir has confirmed Iran’s involvement in attacks on oil tankers in the Gulf of Oman, Asharq Al-Awsat writes.

“Everyone in the region wants to avoid war and military conflict, except Iran,” he said.

“We were trying to use diplomacy and economic sanctions to get Iran to do the right thing and to make it clear that its behavior is unacceptable,” he told CNN in an interview.

He noted that Saudi assessments of attacks on the oil tankers matched US Secretary of State Mike Pompeo’s announcement about Iran’s responsibility.

“We have no reason to disagree with the Secretary of State. We agree with him,” Jubeir told CNN. “Iran has a history of doing this.”

The Saudi minister emphasized that his country had made it clear that Iran's possession of nuclear weapons was unacceptable and dangerous to the region and to the entire world, adding that Saudi Arabia would do everything in its power to protect its interests.

Related: US accusation is attempt to sabotage diplomacy - Iran's FM

He said in a Twitter post: “Every single day Iran’s Foreign Minister Zarif’s reference to team B becomes more farcical and his credibility diminishing. Public relations is no real substitute to constructive policies. De-escalation in current situation requires wise actions not empty words.”

According to Reuters, Zarif often uses “Team B” to refer to US National Security Adviser John Bolton and those in the US administration who share his aggressive stance towards Iran.