Peace, prosperity and stability in Azerbaijan is significant for the true realization of international projects and UN 2030 Agenda - Qaiser Nawab
Read: 858 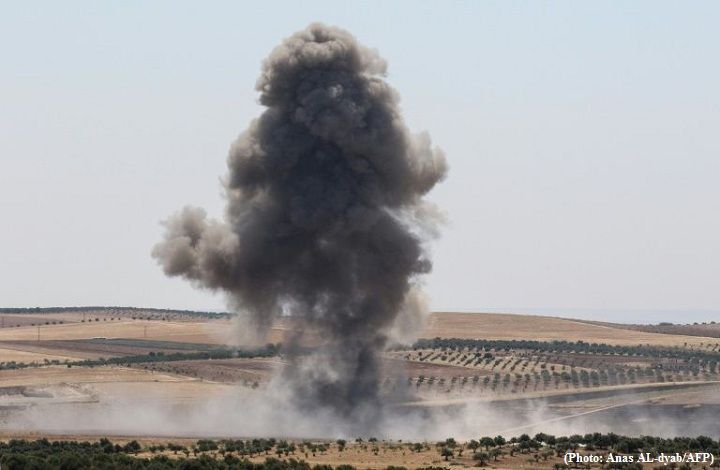 More than 100 fighters were killed in clashes between regime and jihadist-led forces in northwest Syria, a war monitor said Thursday, as violence raged on the edge of an opposition bastion despite a September truce deal.

Eight civilians also died in the latest violence since Wednesday, the Syrian Observatory for Human Rights said. Six of them, including a child, were killed in regime air strikes on the town of Jisr al-Shughur.

The UN said it had received reports that the strikes hit medical facilities and health care workers, AFP reports.

Syria's civil war has killed more than 370,000 people and spiralled into a complex conflict since starting in 2011 with the repression of anti-government protests.

Russian and regime aircraft have since late April ramped up the deadly bombardment of the Idlib region of some three million people in northwest Syria, despite a deal to avert a massive government assault.

Regime forces have also been battling jihadists and allied rebels on the edges of the bastion held by Syria's former Al-Qaeda affiliate Hayat Tahrir al-Sham, including the north of Hama province.

Fighting and bombardment since the launch of the attack late Wednesday killed at least 57 regime forces and 44 jihadists and allied rebels, the Britain-based war monitor said, giving a revised death toll.

"Several health facilities were reportedly hit yesterday, including a hospital in Maarat al Numan, one of the largest hospitals in the area," the UN statement said Thursday.