Peace, prosperity and stability in Azerbaijan is significant for the true realization of international projects and UN 2030 Agenda - Qaiser Nawab
Read: 857 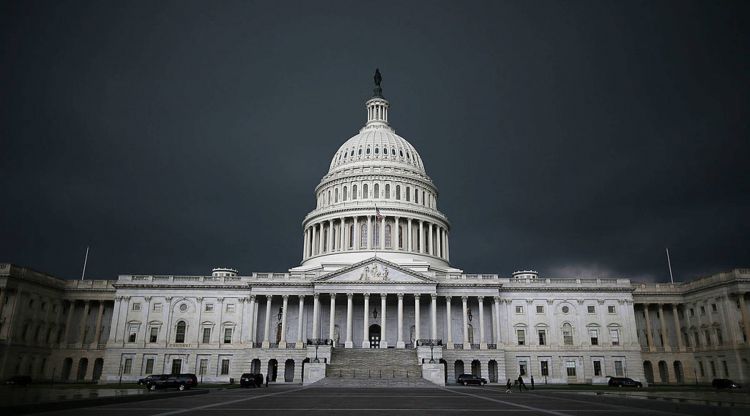 In recent days, the US Congress adopted anti-Azerbaijani amendments two times in a row. One of them is aimed to strengthen ceasefire in the frontline. Democratic Congresswoman Judy Chu offered an amendment covering several points:

1. The non-deployment of snipers, heavy arms, and new weaponry along the line-of-contact

2. The deployment of gunfire locator systems on the line-of-contact; and

3. An increase in the number of Organization for Security and Co-operation in Europe observers along the line-of-contact.

Armenian Diaspora in the US responded positively to the adoption of the amendment.

Moreover, the member of the House Committee on Foreign Affairs, the congressman Brad Sherman, submitted an amendment that could prevent Azerbaijan's attack capability on June 25. The initiative aims to prevent the constant threat to civil aviation, which will fly to the airport in Khankendi. Thus, if the amendment is adopted, the US will ban the sale of arms which is capable to attack illegal Khankendi civilian airplanes to Azerbaijan.

On July 12, the relevant committee of the House of Representatives convened and discussed the proposal. According to the National Committee of Armenia (ANCA) in the United States, the amendment was proposed to the law regulating national defense for the year 2020. The proposal was supported by Rep. Pallone, Armenian Caucus Co-Chairs Jackie Speier (D-CA) and Vice-Chairs Adam Schiff (D-CA).

The bill which permits flight of civilian airplanes to Khankendi was adopted by voting 234 for and 194 against.

"Such amendments can generate turmoil in South Caucasus..."

American political analyst on South Caucasus Peter Tase also shared his view on the decision of US Congress. He considers the amendments as a most serious blunder committed by US Congress in recent history.

"The State Department should distance itself from this amendment that generates more turmoil in Southern Caucasus," Peter Tase said.

The Azerbaijan Armed Forces should be increasing their presence on the front line.

He also touched the third point of the amendments which proposes the increase of OSCE representatives. OSCE is present on the conflict for almost 30 years, but we can't see any positive changes.

"There is no way for OSCE to increase its presence in South Caucasus knowing that it has limited resources and its reputation in the region is evermore blemished."

"I think that US Congressman Sherman of California should be declared as persona Non-Grata in Azerbaijan for his vocal attempts to distort the ancient history of the Caucasus and for his legislative initiatives against Turkey and Azerbaijan."

Finally, we should note that, since the Karabakh conflict became an actual problem on an international scale, several bills and amendments were adopted against Azerbaijani stance. One of the main reason for these activities is that Us is the third country where the Armenian lobby is powerful. We should remember the bills and amendments are adopted in the House of Representative by lobby activities.