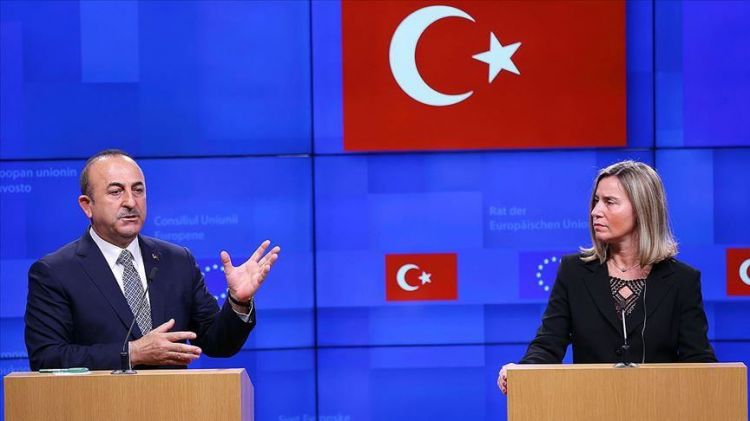 Mogherini, EU’s high representative of the Union for Foreign Affairs and Security Policy, also confirmed early Monday that she had talked to Cavsoglu “about Turkey’s activities in the Eastern Mediterranean.”

She said the EU member states will discuss the issue, as well as Iran’s nuclear deal, immigration, and situations in Africa and Libya.

Cavusoglu also talked to his Finnish and Swiss counterparts on Sunday on the same issue.

Turkey has consistently contested the Greek Cypriot administration’s unilateral drilling in the Eastern Mediterranean, asserting that the TRNC also has rights to the resources in thearea.

Since this spring, Ankara has sent two drilling vessels -- Fatih and most recently Yavuz -- to the Eastern Mediterranean, asserting the right of Turkey and the TRNC to the resources of the region.

The Turkish-flagged drillship Fatih launched offshore drilling operations this May in an area 75 kilometers (42 nautical miles) off the western coast of the island of Cyprus.

In 1974, following a coup aiming at Cyprus’ annexation by Greece, Ankara had to intervene as a guarantor power. In 1983, the TRNC was founded.

The decades since have seen several attempts to resolve the Cyprus dispute, all ending in failure. The latest one, held with the participation of the guarantor countries -- Turkey, Greece, and the U.K. -- ended in 2017 in Switzerland.