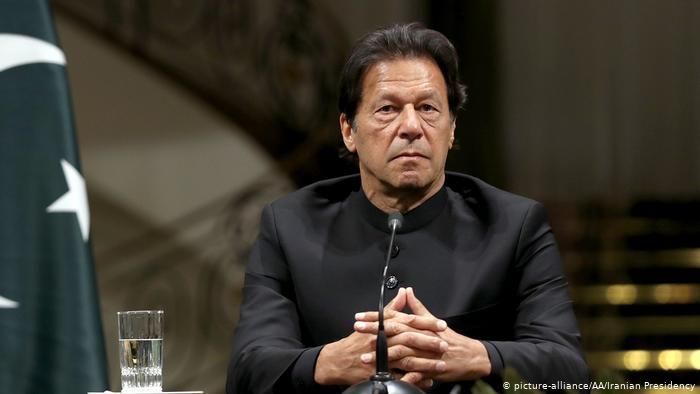 Pakistan's Prime Minister on Thursday said an alleged Indian spy was guilty of crimes and that his country would proceed as per law, Anadolu Agency reports.

"Appreciate ICJ's [International Court of Justice] decision not to acquit, release & return Commander Kulbhushan Jadhav to India. He is guilty of crimes against the people of Pakistan. Pakistan shall proceed further as per law," Imran Khan tweeted.

Khan's statement came after the ICJ on Wednesday ruled that Jadhav, who is on death row in Pakistan, be treated under the Vienna convention, asking Islamabad to provide him consular access and continue to stay his execution.

"We welcome today's verdict in the @CIJ_ICJ. Truth and justice have prevailed. Congratulation to the ICJ for verdict based on extensive study of facts. I am sure Kulbhushan Jadhav will get justice," Modi tweeted.

Our government will always work for the safety and welfare of every Indian, Modi added.

Jadhav -- who Pakistan says was a serving officer in the Indian Navy -- was arrested in March 2016 in Mashakel town, a few miles from the Iranian border. According to the military, he was using the Muslim name Hussein Mubarak Patel.

He was later tried by a military court that sentenced him to death in April 2017 on espionage and terrorism charges, with no set date for his execution.

New Delhi had rejected the charges and moved to the ICJ, which stayed Jadhav's execution in May 2017.